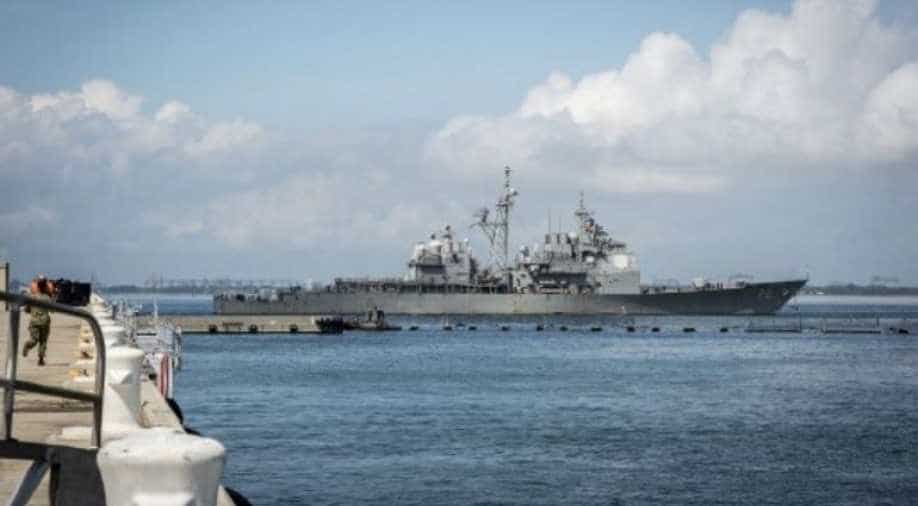 The coalition, aimed at warding off the perceived threat to the world's oil supply, has been in the making since June.

A US-led naval coalition officially launched operations in Bahrain Thursday to protect shipping in the troubled waters of the Gulf, after a string of attacks that Washington and its allies blamed on Iran.

The coalition, aimed at warding off the perceived threat to the world's oil supply, has been in the making since June.

Iran, which has denied any responsibility for the mystery attacks, has put forward its own proposals for boosting Gulf security that pointedly excludes outside powers.

Australia and Britain are the main Western countries to have agreed to send warships to escort Gulf shipping. The newest member, Albania, joined on Friday.

Vessels will be escorted through the Strait of Hormuz, the strategic chokepoint at the head of the Gulf and the main artery for the transport of Middle East oil.

"While Sentinel's operational design is threat-based, it does not threaten," he said during a ceremony at the IMSC's command centre.

"We employ capable warships on patrol, but there is no offensive line of effort in this construct, other than a commitment to defend each other if attacked.

"Our commitment to the region isn't short-lived, it is enduring, and we will operate as part of Sentinel for as long as it's needed -- as long as the threat looms."

Most European governments have declined to participate in the naval coalition, fearful of undermining their efforts to save a landmark 2015 nuclear accord with Iran, which was badly weakened by Washington's withdrawal last year.

Animosity between Tehran and Washington has soared since President Donald Trump unilaterally abandoned the deal and reimposed crippling US sanctions.

On May 12, the UAE said four commercial oil tankers -- two Saudi, one Emirati and one Norwegian -- had been targeted by "acts of sabotage" in waters off its coast.

A month later, the Kokuka Courageous was hit and around the same time another tanker in the area, the Norwegian-owned Front Altair, was damaged by three explosions, according to the Norwegian Maritime Authority.

They were transiting through the Strait of Hormuz towards the Indian Ocean.

The attacks were claimed by Yemen's Huthi rebels who are battling a Saudi-led coalition, but Washington and Riyadh blamed Iran, saying the strikes were carried out with advanced missiles and drones.