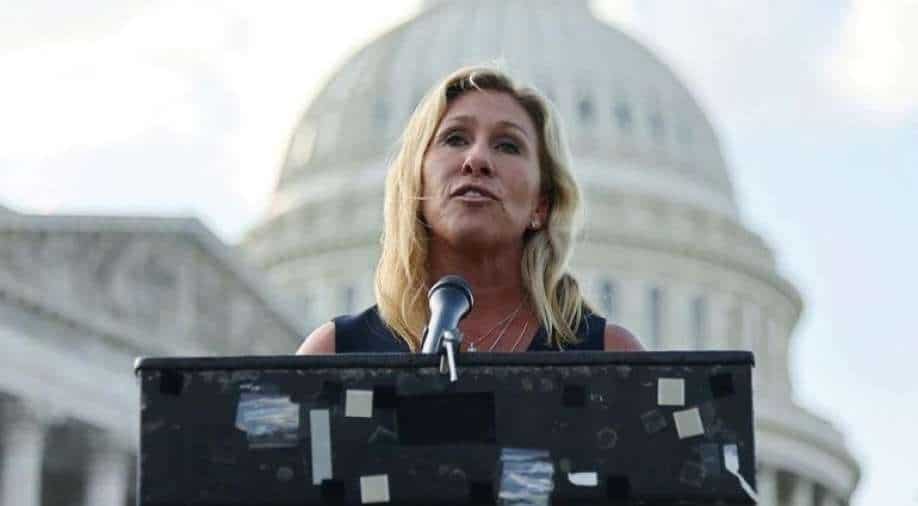 A Twitter spokesperson said the company has temporarily suspended Representative Marjorie Taylor Greene's account at the microblogging site. The move came after she shared misinformation about COVID-19 and vaccines. The Republican from Georgia will not be able to tweet for around 12 hours

According to a Twitter spokesperson, the company temporarily suspended Representative Marjorie Taylor Greene account at the microblogging site on Monday evening after she shared misinformation about COVID-19 and vaccines. The lawmaker has a track record of incendiary rhetoric.

The Republican from Georgia will not be able to tweet for around 12 hours due to Twitter's policy against people who repeatedly share misinformation, the spokesperson said.

Two tweets from Greene were labeled as 'misleading' by the social media platform in recent days.

Greene could also be suspended from the platform permanently if she again shares misinformation about COVID-19 using the Twitter account.

This move comes after White House increased pressure over the big tech companies in the Silicon Valley to tackle vaccine misinformation.

The White House had singled out 12 people, who were being dubbed as the 'disinformation dozen’ as they seem to have been responsible for a great deal of misinformation being circulated about COVID-19.

The non-profit Centre for Countering Digital Hate (CCDH) had also released the statistics in a report published in March, which said about a dozen people were super-spreaders of anti-vaccine misinformation. At the time, the CCDH had asked Facebook and Twitter to shut down all pages run by these people.