US inks $1.5 billion deal with Moderna for 100 million doses of COVID-19 vaccine 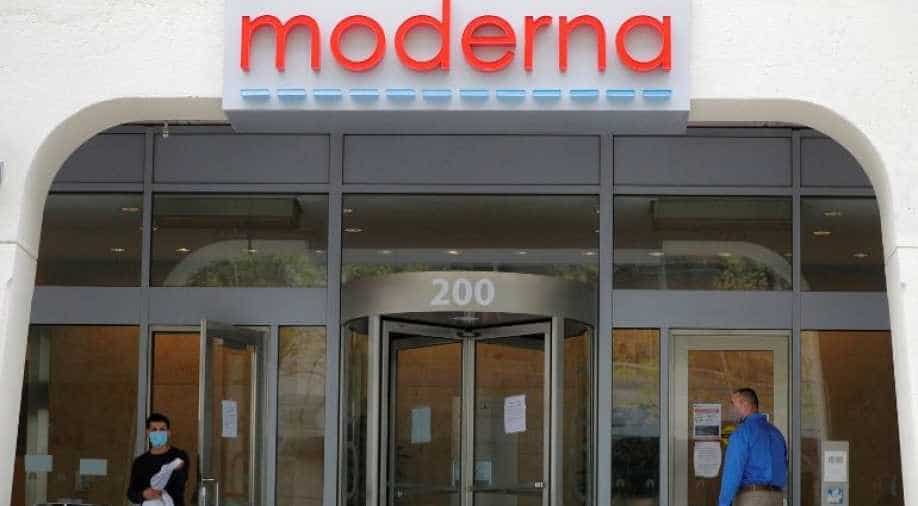 A sign marks the headquarters of Moderna Therapeutics, which is developing a vaccine against the coronavirus disease  Photograph:( Reuters )

The United States has entered an agreement with drugmaker Moderna Inc to acquire 100 million doses of its potential COVID-19 vaccine for around $1.5 billion (£1.15 billion), the company and White House said on Tuesday.

The United States in recent weeks has made deals to acquire hundreds of millions of doses of potential COVID-19 vaccines from several companies as part of its Operation Warp Speed program, which aims to deliver a vaccine in the country by the end of the year.

Moderna's price per dose comes to around $30.50 per person for a two dose regimen.

With the exception of its deal with AstraZeneca, which offered a lower price per drug in exchange for upfront research and development costs, all the deals price COVID-19 vaccines between $20 to $42 for a two dose course of treatment.

Moderna's vaccine candidate, mRNA-1273, is one of the few that have already advanced to the final stage of testing and is on track to be completed in September, the company said this month.

Moderna's deal with the U.S. only pays out in full if the drugmaker hits certain unspecific timing benchmarks for vaccine delivery.

The agreements would lock in more than 500 million doses of COVID-19 vaccine for the U.S., assuming that the companies involved receive regulatory approval. Some deals also give the United States an option to purchase additional doses.

The U.S. government previously gave Moderna around $1 billion to fund its research efforts, bringing total U.S. funding to around $2.5 billion.

Other countries, including Japan, the United Kingdom and Canada, have forged similar deals with drugmakers.