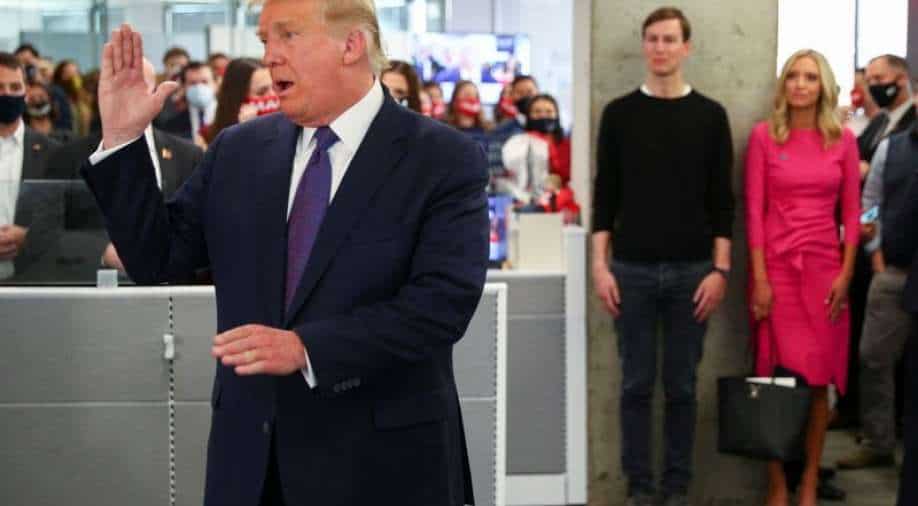 Britain-based Smarkets exchange is giving Trump 55% odds of winning, up from 39% when polls opened. The odds on Trump had risen to 80% at one point.

Betting market odds on the U.S. presidential election have begun to tighten once again after flipping in favour of Republican President Donald Trump over Democratic candidate Joe Biden, according to data from three aggregators.

Britain-based Smarkets exchange is giving Trump 55% odds of winning, up from 39% when polls opened. The odds on Trump had risen to 80% at one point.

Biden`s win odds on Smarkets have fallen to 45% from 61% earlier.

The flip "has mainly been driven by Trump seemingly holding the key swing state of Florida as a result of a very strong showing for him in the Miami-Dade county with a large Cuban population," said Patrick Flynn, political analyst at Smarkets.

Flynn said early and election-day votes were highly split and the "outcome of this election is going to come down to the types of votes that remain to be counted in some of the key states like Pennsylvania, Michigan and Arizona."

Bettors on British betting exchange Betfair were giving Trump a 75% chance of winning a second term in the White House at 2200 Eastern time (0300 GMT), up from 39% when polls opened on Tuesday morning. Biden`s odds of a win on Betfair have fallen to 25% from 61% earlier.

"Trump has overtaken Biden significantly and is now in pole position, suggesting it could be a very nervous night ahead for Biden," Betfair spokesperson Sam Rosbottom said.

Meanwhile, New Zealand-based predictions market PredictIt had Trump leading Biden at 62 cents-to-37 cents, from being 61 cents-to-44 cents in favour of the Democratic candidate on Nov. 2.

PredictIt`s website was hit by an outage earlier. It posted on Twitter that it was working to "bring service back as soon as possible," without saying exactly why it had gone down.