US election 2020: Top 10 pivotal moments of the presidential campaign 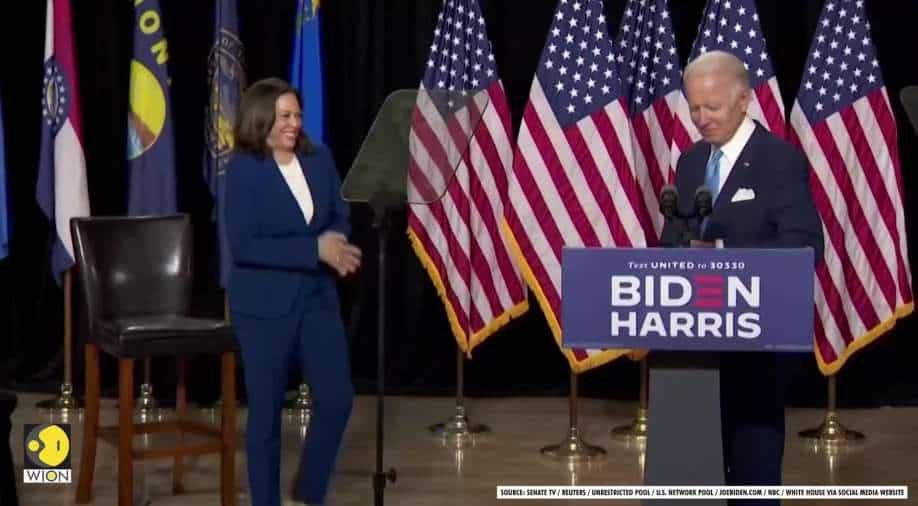 With Donald Trump running for re-election, the 2020 U.S. presidential election was always expected to be a dramatic and eventful ride. But nobody predicted a global pandemic that would upend every facet of the campaign. Here are 10 pivotal moments from a dizzying election year.

The US presidential election 2020 was expected to be a dramatic and eventful ride with Republican candidate Donald Trump running for re-election and competing with Democratic candidate Joe Biden.

However, nobody predicted a global pandemic that would upend every facet of the campaign.

This is the first time in the history of American politics that the early voter count has reached 90 million. As per a tally posted by the US Elections Project at the University of Florida, more than 90 million Americans have already cast their ballots and the number is expected to grow as the residents still have two more days to vote.

Here are 10 pivotal moments from a dizzying election year:

1. Trump acquitted, February 5, 2020, At the beginning of the year, things were looking up for the Republican president. Trump's Senate impeachment trial ended with him cleared on two charges brought by Democrats. The fallout from the Mueller Report was no longer hanging over his head. The economy was roaring - and prospects for his re-election looked relatively strong. After years of strife, the moment offered him a chance for a reset. But even as things looked rosier for the president, cases of COVID-19 were beginning to circulate in California and the Pacific Northwest.

2. Biden wins South Carolina primary, February 29, 2020, After disappointing finishes in the Iowa caucuses and New Hampshire primary, Joe Biden's presidential bid looked cooked. But his campaign aides asserted that things would turn around as soon as African Americans began voting in large numbers - and they were right. Biden blew the field away in South Carolina, causing several rivals to drop out immediately and setting the stage for a stunning run that sewed up the Democratic nomination in a matter of weeks. Biden would perhaps prove to be the one Democrat best suited to pull moderate voters in the Midwest and elsewhere away from Trump.

3. Trump delivers coronavirus address, March 11, 2020, After weeks of downplaying the coronavirus threat and with cases skyrocketing in the country, Trump delivered a rare national address from the Oval Office in an attempt to reassure a jittery public. Two days later, he would declare a national emergency. The virus would reshape American life, closing schools, businesses, and restaurants, trapping millions at home, and becoming the dominant issue of the 2020 election. It would also keep Trump - and Biden even more so - off the campaign trail for months.

4. Sanders drops out, April 8, 2020, Trailing Biden badly in delegates, and with the coronavirus outbreak paralyzing the nation, Bernie Sanders became the final rival for the Democratic nomination to drop out of the race. He would endorse Biden a few days later, ensuring that the party would not be riven by discord as it was four years earlier when Sanders refused to concede to Hillary Clinton until the party's national convention. Sanders' move allowed Biden to turn his focus squarely to the general election with nearly seven months to go. Biden worked to make Sanders' supporters feel welcome, establishing a series of policy working groups that included progressive voices.

5. Trump's 'bleach' moment, April 23, 2020, With the death toll from the pandemic nearing 50,000, Trump at one of his daily virus briefings spontaneously suggested that injecting disinfectants into the human body could eliminate the virus. Public health experts quickly warned the public that doing so would be toxic, and Trump later claimed he was being sarcastic. The resulting furor was a factor in his deciding, days later, to suspend the briefings entirely, even though opinion polls in April had shown an uptick in public approval of his handling of the crisis.

6. Protesters tear gassed outside the White House, June 1, 2020, Washington was one of several cities convulsed by largely peaceful protests in the wake of the death on May 25 of George Floyd, a Black man, under the knee of a white Minneapolis police officer. On June 1, Trump gave an address at the White House invoking the "law and order" theme he would employ during the rest of his campaign. US Park Police and National Guard troops, clad in riot gear, then used pepper spray to clear the park outside the White House of protesters so that Trump could walk to historic St. John's Church and pose for a photo holding up a Bible. The melee became an image that would haunt Trump, as polls showed Americans largely supportive of the protests for racial justice. His approval rating soon dropped to a seven-month low.

7. Harris joins Biden's ticket, August 11, 2020, Biden tapping Senator Kamala Harris of California, a former rival for the nomination, as his running mate didn't come as a surprise. She had been the favorite all along. But she swiftly proved herself to be everything Biden needed, giving him a practiced and polished campaign partner and energizing the Democratic base. She also brought her own fundraising prowess to bear, with contributions to Biden's campaign reaching stratospheric levels once she was in the fold.

8. Justice Ginsburg dies, September 18, 2020, The worst fears of liberals came true as the storied Justice Ruth Bader Ginsburg succumbed to cancer less than two months before the November 3 election. Trump did not hesitate to fill her Supreme Court slot, nominating Judge Amy Coney Barrett to the court and likely ensuring a conservative majority for years to come. The move gave conservatives a reason to cheer in what had been a challenging year for the president. But it also galvanized Democrats, particularly women, while allowing the Biden campaign's warnings of threats to the Affordable Care Act and abortion rights to be thrown into stark relief.

9. The first Trump-Biden debate, September 29, 2020, Needing something to turn his fortunes around, Trump came into his first debate with Biden looking for a fight. But his belligerence worked against him. He repeatedly interrupted Biden and the moderator, Chris Wallace, to the point where the entire event veered out of control. He attacked Biden's family. Polls and focus groups conducted afterward showed swing voters were repulsed by his behavior. Trump would later drop out of the second debate after it was switched to a virtual format in the wake of his COVID-19 diagnosis. He then adopted a more restrained tone for the final face-off with Biden on Oct. 22.

10. Trump gets COVID-19, October 2, 2020, After weeks of holding in-person rallies in which safety measures against the spread of the coronavirus were largely ignored, Trump and several aides tested positive for the disease. A short illness and quarantine period kept him off the campaign trail for 10 days. The bigger damage, however, may have been to the president's image. With Trump already faulted by a majority of Americans for his handling of the pandemic, his diagnosis made the White House look bumbling and hypocritical. And it ensured the virus would remain the central issue of the campaign just weeks before Election Day.

The state of health of Navalny threatens his life: Russian politicians to President Vladimir Putin