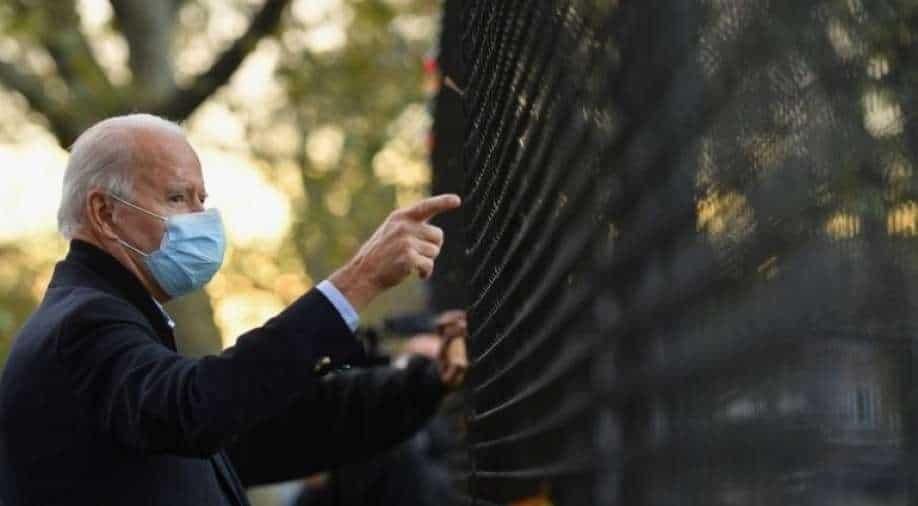 Democrat Presidential candidate Biden has won the District of Columbia, Maryland, Massachusetts, and his home state of Delaware, AFP reported on Wednesday.

Democrat Presidential candidate Biden has won the District of Columbia, Maryland, Massachusetts, and his home state of Delaware, AFP reported on Wednesday.

The battle between Donald Trump and Joe Biden continues to heat up as states slowly close polling across the country.

Both the candidates are fighting it out in battleground states of Florida, Georgia, and Ohio.

As polls closed in six US states, exit polls showed Democratic presidential hopeful Joe Biden is set to win in Virginia even as US President Donald Trump is set to clinch West Virginia.

The polling numbers have been strong for the past month with over 100 million votes already cast as Americans came out to vote amid the coronavirus pandemic.

According to early results from CNN’s countrywide exit poll, economy was the most important factor for all voters in the country.

Even though many disagreed on the contemporary condition of the US economy, the majority agreed that the pandemic had been the source of hardships for many.

Even in early results of CNN’s poll, four in 10 people claimed that they were doing better than four years ago, while two out of 10 said that they are worse off now.

At least one-third voters referred to the economy as the key factor. One in five claimed racial injustice was a critical factor, while one in six referred to COVID-19 as the most important player in the ongoing elections.

Only one out of 10 claimed that healthcare and violence were top issues for them.

While many voters agree that economy takes precedence over the pandemic in the larger choice for their candidate, many claimed that the country and its administration should now focus on containing the pandemic more than rebuilding the economy.