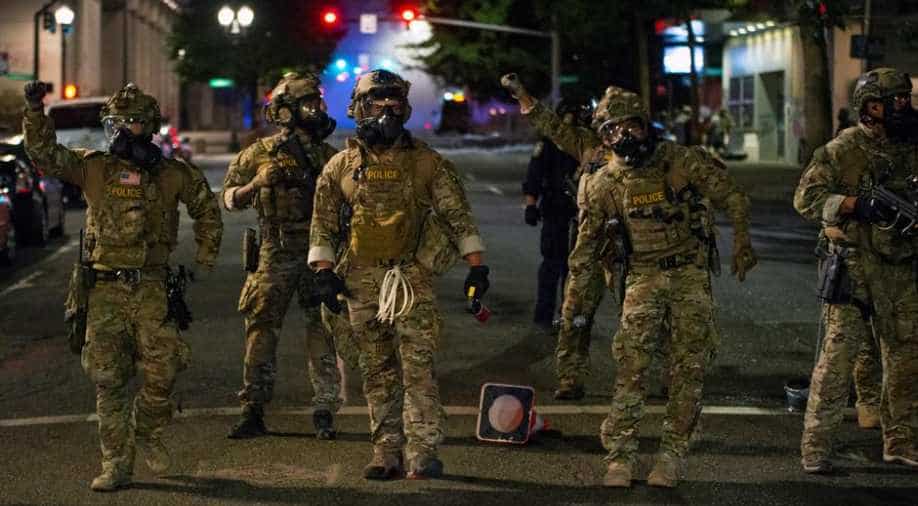 US federal law enforcement officers are swooping down on protesters in Portland, Oregon, under the Trump administration’s new executive order to protect monuments in the country.

A US Customs and Border Protection (CBP) spokeswoman said on Friday agents had been deployed to Portland to support a newly launched US Department of Homeland Security (DHS) unit, tasked with enforcing last month’s executive order from Republican President Donald Trump to protect federal monuments and buildings.

The agents had been trained for operations “in chaotic environments.”

Media reports said federal agents had arrested 13 people, but there was no immediate confirmation from the authorities.

Demonstrators protesting against racism and police brutality gathered around the federal courthouse daily in Portland since the killing of African American George Floyd during a May 25 arrest in Minneapolis, with crowds at times exceeding 10,000. Portland police used tear gas on the protesters, some of whom sprayed graffiti on buildings, until Governor Brown in early July banned its use except in the case of riots.

One video posted online shows an officer bundling a protester into a dark minivan. The CBP spokeswoman said the agency had information that person was suspected of assaults against federal agents or destruction of federal property and “a large and violent mob” moved toward the agents once they approached the suspect.

Another video shows an officer shoving away medics trying to aid someone. And still another showed a protester bleeding profusely from his head after federal troops allegedly shot him with a weapon firing non-lethal munition.

To this end, Portland Mayor Ted Wheeler said the US Marshals Service “will be conducting a full investigation” into the shooting.