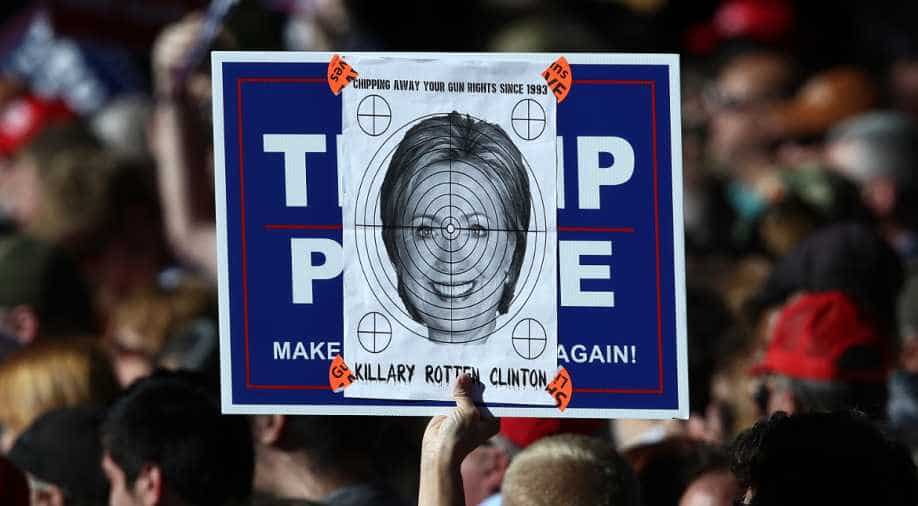 PoliticusUSA reports that the United States District Court in New Jersey ordered discovery on both Donald Trump and the Republican National Committee's (RNC) poll monitoring efforts. The hearing will be on November 4th, just days before the November 8 election.

Donald Trump, his running mate Mike Pence, a campaign spokesman Kellyanne Conway have all made statements encouraging Trump supporters to guard the polls because, they say, the 2016 US election could be rigged. There is no statistical evidence to support this contention. While election fraud isn't literally zero, all evidence suggests that it is statistically negligible.

The concerted, repeated efffort to say otherwise has been widely perceived as a theat that could undermine America's democractic integrity.

The Guardian reports that according to a study by the Loyola Law School, there have been 31 cases of voter impersonation in more than a billion ballots cast from the year 2000 to 2014. The Guardian also reports that Trump's assertions of voter fraud in Philadelphia in 2012 have also been debunked, by no less than Republican officials in the city.

Here is an updated and thorough debunking of Donald Trump's claims related to voter fraud.

While voter fraud is pretty close to non existent, a Politico/Morning Consult poll suggests that Trump's repeated assertion that the elections will be "rigged" are taking hold in the American populace: As many as 73 per cent of Republicans think the election could be stolen from him, while 17 per cent of Democrats agree with the basic idea that there could be massive voter fraud.

Perhaps because it takes this threat seriously, the court order demands affidavits from several parties, including those with personal knowledge of the Republican National Committee's effort with the Trump campaign to monitor voting stations around America, "as indicated by Kellyanne Conway."

The Court ordered affidavits from several Republican operatives from various states who are said to be planning to enact state-wide "voter fraud" monitoring and poll monitoring. These include RNC member Rob Gleason's efforts to recruit persons to act as poll watchers in Philadelphia, and another RNC member Ronna Romney McDaniel's attempt in Michigan to prepare, in her words, a "massive statewide anti-voter fraud effort".

Republicans must also answer in court for Governor Mike Pence's remarks, that the Trump campaign is working with state officials to ensure "ballot integrity".

The Democratic National Committee (DNC) failed a lawsuit against the RNC for violating a court order from 1982 intended to prevent voter indimidation. Donald Trump's baseless assertion that the election and rigged and that supporters need to go to other polling stations was widely-considered to be barely-veiled call to intimidate voters.