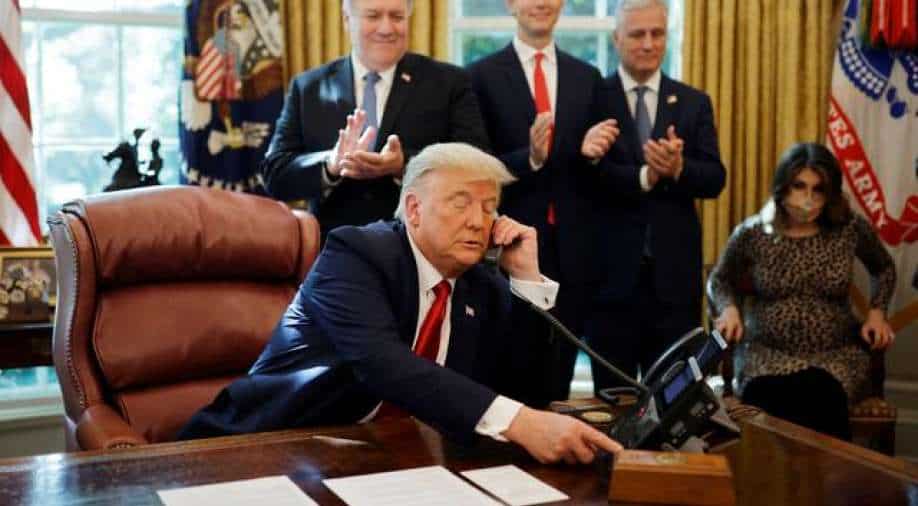 The deal agreed on Friday marked the third Arab government after the United Arab Emirates and Bahrain to set aside hostilities with Israel in the last two months.

Iran's foreign ministry on Saturday described a US-brokered Sudan-Israel deal to normalise ties as "phoney" and accused Khartoum of paying a ransom in return for Washington removing it from a list of state sponsors of terrorism.

The deal agreed on Friday marked the third Arab government after the United Arab Emirates and Bahrain to set aside hostilities with Israel in the last two months.

Also, US President Donald Trump announced on Monday he would take Sudan off the list once it had deposited $335 million it had pledged to pay in compensation. Khartoum has since placed the funds in a special escrow account for victims of al Qaeda attacks on US embassies in Kenya and Tanzania in 1998.

"Pay enough ransom, close your eyes to the crimes against Palestinians, then you'll be taken off the so-called ‘terrorism' blacklist," the ministry tweeted in English. "Obviously, the list is as phoney as the US fight against terrorism. Shameful."

Trump had also said the Palestinians were wanting to do something but offered no proof.

Palestinian leaders have condemned recent Arab overtures to Israel as a betrayal of their nationalist cause for statehood in Israeli-occupied territories. They have refused to engage with the Trump administration, seeing it as biased in favour of Israel.

In recent weeks the United Arab Emirates and Bahrain became the first Arab states in a quarter of a century to agree to formal relations with Israel, forged largely through shared fears of Iran.

The military and civilian leaders of Sudan's transitional government have been divided over how fast and how far to go in establishing ties with Israel.

A sticking point in the negotiations was Sudan's insistence that any announcement of Khartoum's delisting from terrorism designation not be explicitly linked to relations with Israel.

Sudan’s 1993 designation as a state sponsor of terrorism dates to its toppled ruler Omar al-Bashir and has made it difficult for the transitional government in Khartoum to access urgently needed debt relief and foreign financing.