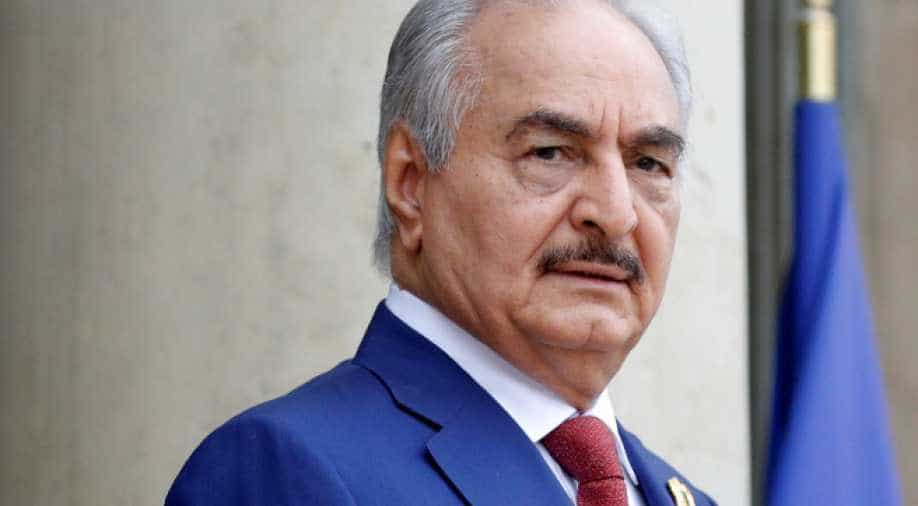 The decision could prove damaging for the internationally-recognised Government of National Accord (GNA) led by Fayez al-Sarraj -- as well as for the UN's influence and human rights in war-torn Libya.

Washington's refusal to condemn an airstrike on a detention centre that killed dozens of migrants blamed on Libyan strongman Khalifa Haftar by his rivals shows tacit US support, experts say.

The decision could prove damaging for the internationally-recognised Government of National Accord (GNA) led by Fayez al-Sarraj -- as well as for the UN's influence and human rights in war-torn Libya.

Washington's move "should not come as a surprise", said James Dorsey, a researcher at Singapore's S Rajaratnam School of International Studies. "It is a sign of US policy changing towards Libya."

Following more than two hours of deliberations on Wednesday, the United States blocked the UN Security Council from adopting a unanimous statement condemning the incident.

Bodies were strewn on the floor of a hangar in Tripoli's Tajoura suburb, mixed with the blood-soaked clothes of migrants following the strike condemned by UN chief Antonio Guterres as "horrendous". At least 44 people were killed and more than 100 injured.

The US representatives at the UN gave no explanation for the Trump administration's decision not to condemn the outrage.

The British-drafted text did not lay the blame with either side of the bitter conflict that has pitted Haftar's eastern power-base against forces aligned with the UN-recognised government in Tripoli.

Instead, it called for a ceasefire and a resumption of talks.

But Washington refused to give the final go-ahead for the text to be adopted, according to a European diplomatic source.

"This latest US stand is perfectly consistent with the policies of the past few years which have turned a blind eye to egregious human rights violations when committed by US allies," said Karim Bitar, a senior fellow at the Paris-based IRIS think-tank.

"The Trump administration and its Gulf allies have fully embraced Haftar's heavy-handed methods and authoritarian agenda."

Mired in chaos since the 2011 toppling of Moamer Kadhafi, Libya is ruled by two rival factions -- Sarraj's GNA in the west, and Haftar's in the east.

The UN has previously failed to agree a unified position after Haftar's self-styled Libyan National Army (LNA) launched an assault on GNA-held Tripoli in April.

"The US have not withdrawn in any form or sense their recognition of -- nor revoked their support to -- the GNA, but de facto there has been contacts with Haftar at the highest level," added Dorsey.

After Haftar began to wage war on the country's west, US President Donald Trump called him to praise his "significant role in fighting terrorism and securing Libya's oil resources" and "shared vision".

'Our son of a bitch'

"Haftar fulfils two criteria in the eyes of Washington. One, he is projecting himself against the Islamists. Two, he is backed by the US's two closest allies in the region, the United Arab Emirates (UAE) and Saudi Arabia," said Dorsey.

Haftar has also received more subtle support from Egypt and France -- while even Russia has unusually sided with Washington and tilted towards him even as the GNA won backing from Turkey and Qatar.

"The last two months have witnessed a massive lobbying offensive in Washington with Haftar being represented by his own public relations firm backed by the extensive lobby apparatus of the UAE," said Andreas Krieg, a lecturer at King's College London.

"It looks as if the joint Haftar-UAE lobbying of Trump over the past months has been successful in convincing the White House that Haftar's LNA might be a partner to work with -- despite growing evidence of war crimes committed."

Haftar, 75, has sought to present himself as Libya's saviour while his rivals accuse him of once again seeking to subject Libya to a military dictatorship.

The US, which previously granted Haftar political asylum, knows him well.