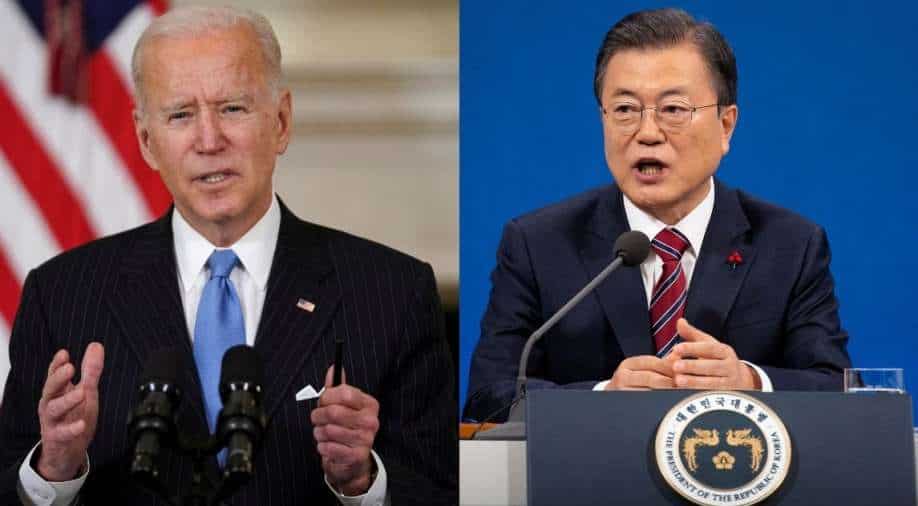 The United States and South Korea have reached a new accord under which they will share the cost of the American military presence in the region.

The State Department said on Sunday that South Korea will increase its contribution to the cost of US forces stationed in the country under an agreement reached with the United States.

The agreement reflects the Biden administration’s "commitment to reinvigorating and modernizing our democratic alliances around the word to advance our shared security and prosperity," a State Department spokeswoman said.

The proposed six-year "Special Measures Agreement" will replace the previous arrangement that expired at the end of 2019.

The spokeswoman said the agreement included a "negotiated meaningful increase in host nation support contributions," but gave no further details.

There are about 28,500 US troops stationed in South Korea as deterrence against North Korea. More than 90 per cent of Seoul's contributions under the previous agreement went directly back into the South Korean economy, the spokeswoman added.

The negotiations had been gridlocked after former US President Donald Trump rejected Seoul's offer to pay 13% more, for a total of about $1 billion a year, and demanded as much as $5 billion. Seoul currently pays Washington about $920 million a year.

The deal must still be approved by the South Korean legislature. South Korea's Foreign Ministry confirmed an agreement in principle in a statement but offered no specifics.

“Both sides will make a public announcement and hold a tentative signing ceremony after completing internal reporting procedures. The government will resolve to sign an agreement in a swift manner to resolve its vacuum that has lasted more than a year," the ministry added.

After 9/11 the US launched a war on terror. According to a study conducted by Brown University that fight has spread to over 80 countries.

President Joe Biden has vowed to revitalise US alliances after four years of strains under Trump and build a united front to counter the challenges posed by Russia, China and Iran.

South Korea began paying for the US. troop presence in the early 1990s, after rebuilding its war-devastated economy. The two countries signed a treaty of mutual defence at the end of the 1950-1953 Korean War, which provided the basis for the stationing of US forces in South Korea.

Chun said the new deal was a win for the alliance because it would improve the overall conditions for US forces, while the six-year extension would provide much-needed stability

"I hope that this agreement will highlight the fact that 'Korea is not a freeloader' and is and has been a reliable ally," he said.

After the last pact expired, some 4,000 South Koreans working for the U.S. military were placed on unpaid leave, prompting the two countries to scramble for a stopgap agreement to let them return to work.

The United States reached an agreement with Japan last month on Tokyo's contribution to the stationing of about 55,000 U.S. forces there, keeping Japan's annual costs steady at about $1.9 billion.