US ambassador to South Korea shaves off moustache, guess why? 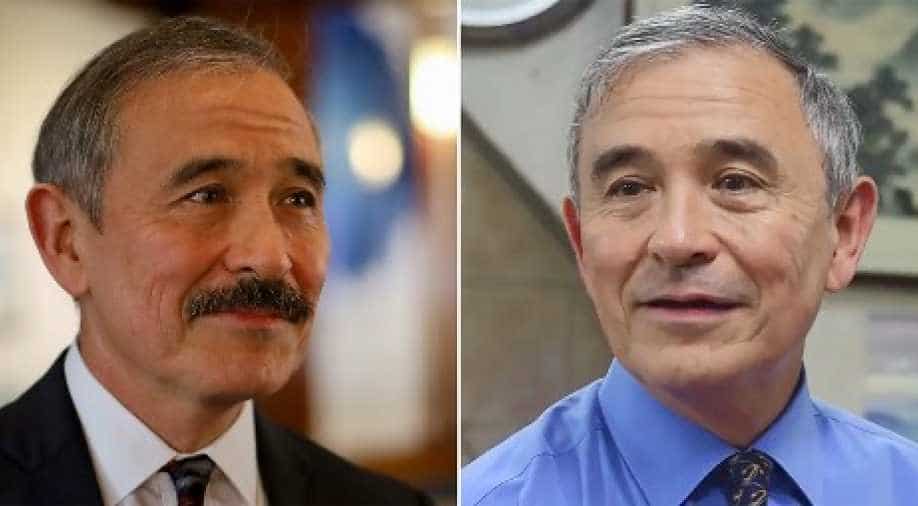 US ambassador to South Korea Harry Harris gets his mustache shaved off Photograph:( AFP )

In a move which surprised many South Koreans, United States ambassador to South Korea Harry Binkley Harris shaved off his moustache to keep himself "cool" in the summer heat but experts believed it was a move to refurbish his image as South Koreans thought the controversial moustache reminded them of Japanese governor-generals when Korea was a Japanese colony from 1940-45.

Harris whose mother was a Japanese had reportedly told the local South Korean media two years ago that he had decided to grow the moustache as a sign of starting a career as a diplomat in the country but South Koreans felt his moustache harked back to the colonial era.

Harris had said that he would shave it off if it hurt relations between the United States and South Korea as the top diplomat's moustache became the focus of attention.

Glad I did this. For me it was either keep the 'stache or lose the mask. Summer in Seoul is way too hot & humid for both. #COVID guidelines matter & I'm a masked man! Enjoyed getting to know Mr. Oh & appreciated his heartfelt words about how much he values the #USROKAlliance. https://t.co/ja2WMD49Fr

In a tweet, Harris said: "Glad I did this. For me it was either keep the 'stache' or lose the mask. Summer in Seoul is way too hot & humid for both. COVID-19 guidelines matter & I'm a masked man!"

Harris decided to do something "cooler" to get rid of the "stache" in the hot and humid South Korean summer and wore a mask to comply with the coronavirus guideline of South Korea as the country has witnessed a major spurt in COVID-19 cases in recent weeks.

Harris's "moustache" manoeuvre comes even as the Trump administration and the South Korean government have been at loggerheads in recent years as the US president has insisted that Seoul pay a larger share of the cost of US military forces deployed in the country.

At least 28,000-32,000 US troops are stationed in the United States with Seoul paying up to billion dollars a year towards the US troop presence. Trump has however asked for a bigger percentage.