US aims to return to UN Human Rights Council, Secretary of State confirms 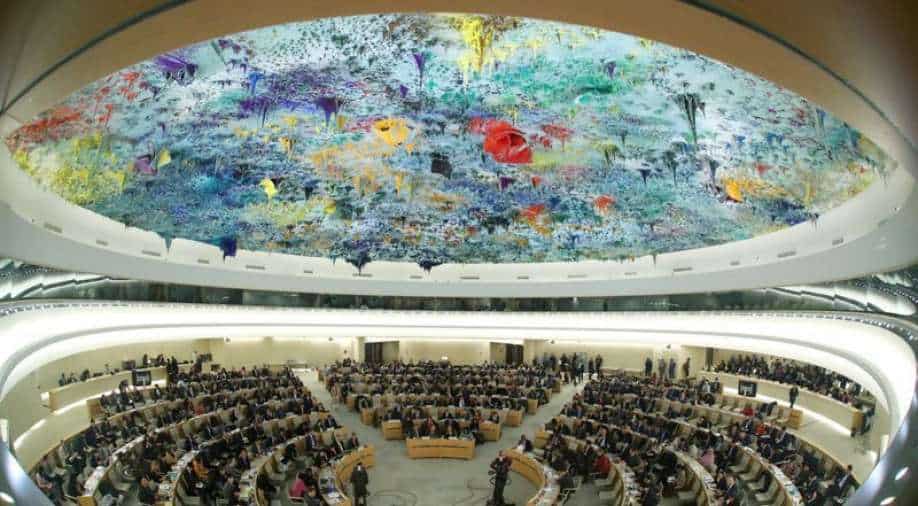 The United States announced earlier this month that it would re-engage with the 47-member council after Trump's administration pulled the country out in June 2018.

"I'm pleased to announce the United States will seek election to the Human Rights Council for the 2022-24 term," US Secretary of State Antony Blinken told the council in a video message.

Also read: Why do chronic violators of human rights like China & Pak want a seat at the UNHRC?

"We humbly ask for the support of all UN member states in our bid to return to a seat in this body."

The United States announced earlier this month that it would re-engage with the 47-member council after Trump's administration pulled the country out in June 2018.

Blinken also complained about its "unrelenting bias" against Israel and the "hypocrisy" of allowing rights-abusing nations a seat at the table.

The US departure left a void that China and others have been eager to fill at the council.

While Washington has vowed to begin active participation in the council's activities immediately, it could not automatically regain the membership it walked away from three years ago.

Elections for the next term will be held towards the end of this year.

While the US under new President Joe Biden is eager to return to the fold of the council, Blinken stressed that the country still agrees with some of the criticisms lobbed by the previous administration.

"Institutions are not perfect," he said, adding, "as the United States reengages, we urge the Human Rights Council to look at how it conducts its business. That includes its disproportionate focus on Israel."

The United States has long complained that prominent rights abusers are given seats on the council.

Currently, the membership includes China, Russia, and Venezuela, along with Cuba, Cameroon, Eritrea and the Philippines.

"Those with the worst human rights records should not be members of this council," Blinken said.

The council, set up in 2006, has a stand-alone item on the Palestinian territories on its agenda every session - the only issue with such treatment - which both Democratic and Republican administrations have opposed.

It routinely adopts resolutions condemning alleged violations by Israel in Gaza and the occupied West Bank.

Blinken reiterated the US call on Russia to release opposition figure Alexei Navalny as well as hundreds of others detained during protests.

He said Washington would denounce atrocities in Xinjiang, China's western region where activists and UN experts say 1 million Muslim Uighurs are held in camps. And he acknowledged rights issues at home, saying the United States would work to combat both systemic racism and economic injustice.