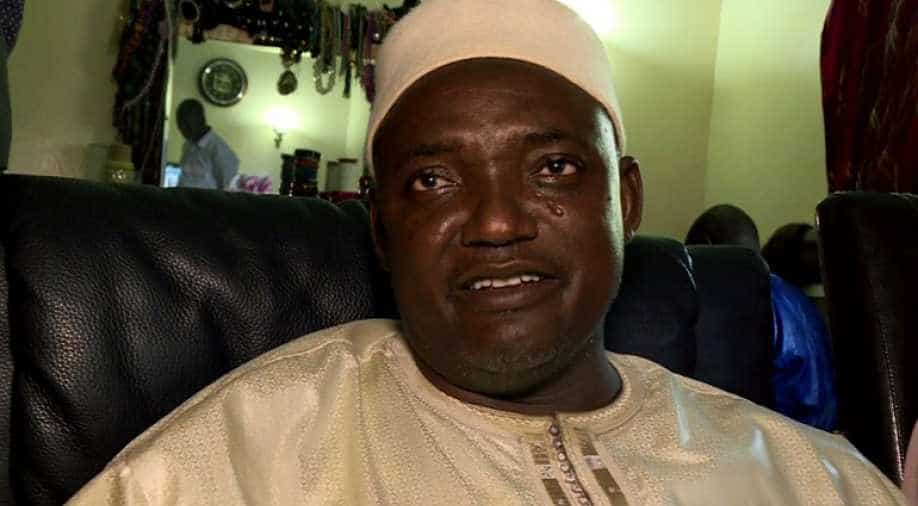 The Council urged him to 'carry out a peaceful and orderly transition process and they requested that the security of the president-elect Adama Barrow, and that of all Gambian citizen be fully ensured.' Photograph:( AFP )

Jammeh accepted had defeat in a surprise move a day after the December 1 vote but rejected the results in a televised address on Friday.

The 15 council members called on Jammeh to "respect the choice of the sovereign people of The Gambia, as he did on December 2 2016, and to transfer, without condition and undue delay, power to the President-elect, Mr Adama Barrow."

They urged him to "carry out a peaceful and orderly transition process and they requested that the security of the president-elect Adama Barrow, and that of all Gambian citizen be fully ensured," news agency AFP reported.

"Let me repeat: I will not accept the results based on what has happened," he said, condemning "unacceptable errors" on the part of electoral authorities in a statement broadcast on state television.

Jammeh claimed "investigations" had revealed that numerous voters had not been able to cast their ballots.

Senegal, a non-permanent member of the Security Council, has requested a meeting to discuss the crisis, which could be held on Monday, diplomats said, AFP said.

UN Secretary-General Ban Ki-moon called for a peaceful transition of power "n full respect of the will of the Gambian people as expressed in the election".

President-elect Barrow said Jammeh had no legal standing and urged him to accept the results on Saturday.

Barrow, a property developer and political unknown till six months back, comfortably won the Dec 1 election with 45.54 per cent. Barrow was chosen as the opposition leader by a group of political parties who have joined forces for the first time and won unprecedented popular support.