UN General Assembly 2019: What to expect at the 74th session this week 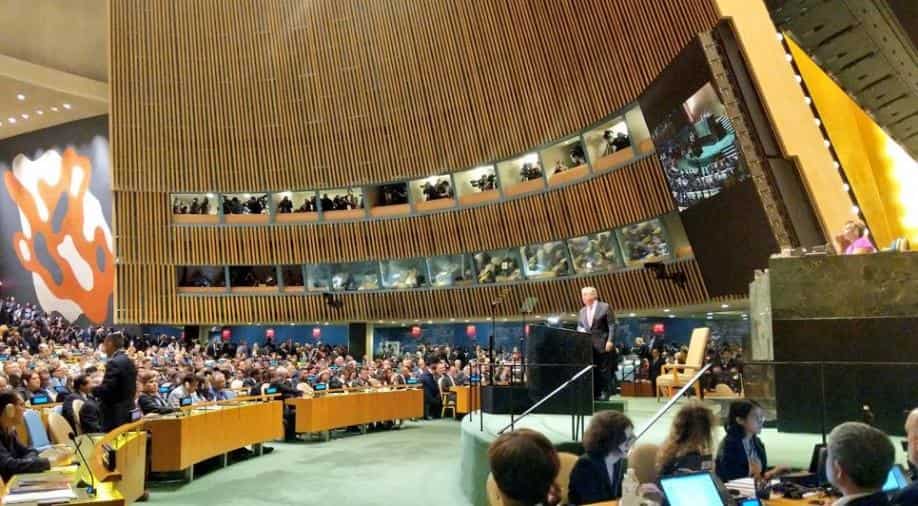 Iran would present to the UN a regional cooperation plan for peace called 'The Gulf Security Plan.

The UN Secretary-General will convene a Climate Summit on Monday, and the UNGA will hold a one-day high-level meeting on Universal Health Coverage (UHC). After opening the 74th General Debate, the UNGA will meet to discuss Sustainable Development on September 24.

Around 200 leaders will meet at United Nations General Assembly in New York to discuss diplomatic issues of global value including climate change, the volatile situation in the Middle East, and trade tussles. These include six summits, 360 side events, and 50 meetings on climate change alone.

On September 26, the UNGA will hold a high-level dialogue on Financing for Development (FfD), as well as a high-level meeting on the elimination of nuclear weapons. This will be followed by a review of the progress made in addressing the priorities of Small Island Developing States (SIDS) on September 27.

US President Donald Trump, alongside Brazilian Prime Minister Jair Bolsonaro is expected to skip the Climate Change Summit, while those attending include German Chancellor Angela Merkel who will skip the rest of the events, and French President Emmanuel Macron.

Many prominent leaders are skipping the UNGA altogether. These include President Xi Jinping of China, President Vladimir V. Putin of Russia, alongside Benjamin Netanyahu, the Prime Minister of Israel. Nicolas Maduro, the President of Venezuela is not expected to show either, for he is regarded as an illegitimate leader by over 50 governments, including the US. Canadian Prime Minister Justin Trudeau will also not attend any events.

Prime Minister Narendra Modi will also be present at UNGA.

Boris Johnson, the Prime Minister of the UK, is expected to present his case to Donald Tusk, the European Council President. Even though Climate Change is one of the key topics to be discussed, the UK's discourse will still largely revolve around Brexit. Additionally, he will be a part of joint discussions with Emmanuel Macron of France and Germany’s Angela Merkel, and a meeting with Ireland’s Leo Varadkar.

The Pakistani Prime Minister Imran Khan will speak at the Climate Summit today.

The US and Saudi Arabia are expected to make their case against Iran. Even though Trump was supposed to meet President Hassan Rouhani of Iran, the September 14 attacks on Saudi oil facilities have dwindled the chances of this meeting.

The United States and its ally Saudi Arabia blame Iran for the attack on the world's biggest crude oil processing facility and have said they will present evidence to back that up. Yemen's Iran-aligned Houthi group, which has been fighting a Saudi-led military coalition since 2015, has claimed responsibility.

Rouhani is expected to put forward his case against Trump on Wednesday. Iran would present to the UN a regional cooperation plan for peace called 'The Gulf Security Plan.

Additionally, with climate change at the forefront of UN discussions, more than 60 leaders of states are expected to speak at the Climate Action Summit.