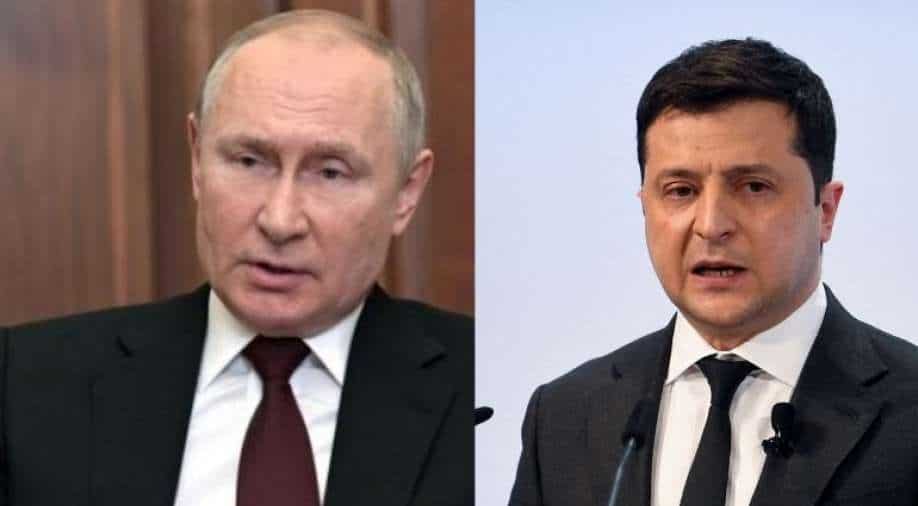 To keep you up to speed, here are the top developments in the Ukraine-Russia war on Saturday, 26 February.

To keep you up to speed, here are the top developments in the Ukraine-Russia war on Saturday, 26 February.

Zelensky claimed that he was in Kyiv and that the country's army wouldn't lay down arms.

"Our arms are our truth," he said. "Our truth is that it's our land, our country, our children and we will defend all of this," he added.

His message comes as Russian troops stormed towards Kyiv and street fighting broke out in the Ukrainian capital.

“A new day on the diplomatic frontline began with a conversation with @EmmanuelMacron,” he tweeted, referring to French President Emmanuel Macron.

“Weapons and equipment from our partners are on the way to Ukraine. The anti-war coalition is working!”

In another tweet, the Ukraine president reported progress in Ukraine’s membership of the European Council. “The crucial moment has come to close the long-standing discussion once and for all and decide on Ukraine's membership in #ЄС.” He discussed with Charles Michel, the president of the European Council,  “further effective assistance and heroic struggle of Ukrainians for their free future.”

Situation on the ground

There was heavy gunfire in Kyiv as Russian invasion of its former Soviet Union neighbour entered the third day on Saturday.

Street fighting was witnessed in Kyiv as people were urged to seek shelter.

Meanwhile, Facebook said it is banning Russian state media from running ads and monetising its platforms.

Nathaniel Gleicher, the head of the Facebook security policy, said on Saturday that the social network would ban Russian state media from running ads and monetising the platform over the Russian military operation in Ukraine.

Russia said it is suspending space launches from French Guiana and withdrawing its technical personnel in response to EU sanctions over Moscow's invasion of Ukraine.

"In response to EU sanctions against our enterprises, Roskosmos is suspending cooperation with European partners over organizing space launches from the Kourou cosmodrome and withdrawing its technical personnel... from French Guiana," Dmitry Rogozin, chief of the Russian space agency, said on messaging app Telegram.