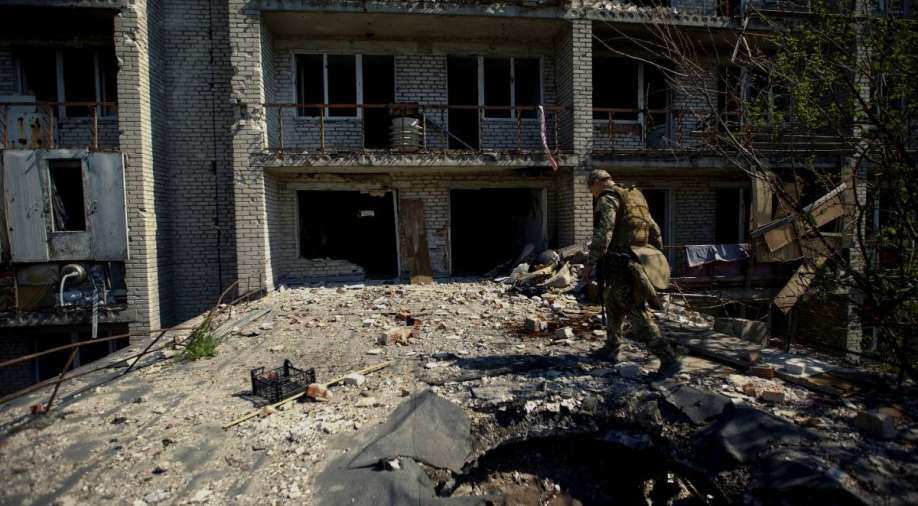 A Ukrainian serviceman inspects a building damaged by a Russian military strike, as Russia's attack on Ukraine continues, in the town of Marinka, in Donetsk region, Ukraine May 28, 2022. Photograph:( Reuters )

Kyiv's chief prosecutor on Tuesday (May 31) said that Ukraine has identified several thousand suspected war crimes in the eastern Donbas region. In the particular region, Russian forces are pressing their offensive.

As quoted by news agency AFP, prosecutor general Iryna Venediktova said tha the cases in the industrial region are among some 15,000 across Ukraine. The count is from the day when Russian forces invaded on February 24.

Venediktova told a news conference in The Hague that of course, "we started a few thousand cases" about what we see in Donbas. "If we speak about war crimes, it's about possible transfer of people."

"...we started several cases about possible transfer of children, adult people to different parts of the Russian Federation. Then, of course, we can speak about torturing people, killing civilians and destroying civilian infrastructure," Venediktova added.

Ukrainian President Volodymyr Zelensky said the situation in the Donbas region remained "extremely difficult". Zelensky said that the maximum combat power of the Russian army is now gathered in Donbas.

Severodonetsk, Lysychansk, Bakhmut, Avdiivka, Kurakhove, Slovyansk and some other settlements remain the key targets for the occupiers on this axis. On Sunday (May 29), the "liberation" of the Donbas was an "unconditional priority" by Russian Foreign Minister Sergei Lavrov.