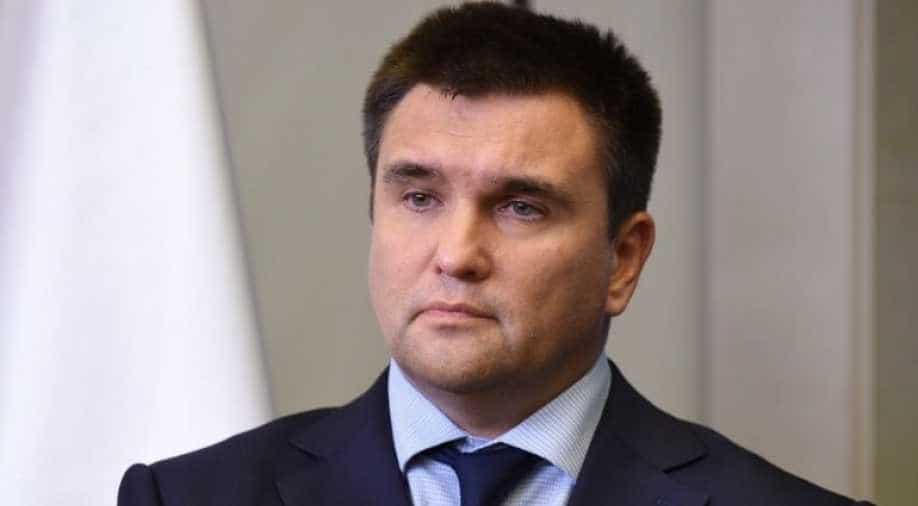 'I have just written a resignation letter,' Pavlo Klimkin said in a video address posted on Facebook.

Ukraine's top diplomat resigned on Friday as comedian Volodymyr Zelensky gears up to be sworn in as the country's new president next week.

"I have just written a resignation letter," Pavlo Klimkin said in a video address posted on Facebook.

The 51-year-old said he would submit it to parliament and Zelensky on Monday when the new president is inaugurated.

Zelensky "has a right to have his own foreign policy team and to build his foreign policy strategy," the pro-Western official said, adding he would take part in this year's parliamentary polls.

Zelensky, the 41-year-old comedy actor with no political experience, crushed the incumbent Petro Poroshenko in a runoff on April 21, taking more than 73 per cent of the vote.

He has vowed to press ahead with Ukraine's pro-Western course but his political programme is vague and it is still not clear who will be appointed to top posts.

By law, the Ukrainian president picks candidates to run the foreign and defence ministries who then have to be approved by parliament.

President-elect Zelensky has so far struggled to impose his will over a free-wheeling parliament.

He has indicated he would consider dissolving the legislature and holding snap elections before the regular vote set for October.

But on Friday, the country's coalition collapsed after a pro-Western party, the People's Front, pulled out.

The move makes it harder for the new leader to call early elections.

Klimkin's successor will have to tackle a raging crisis in ties with Russia during a sensitive time, with the West juggling numerous other crises like Venezuela and Iran.

Moscow annexed Crimea in 2014 and backed separatist rebels who carved out two unrecognised breakaway regions in Ukraine's east in a conflict that has claimed some 13,000 lives.