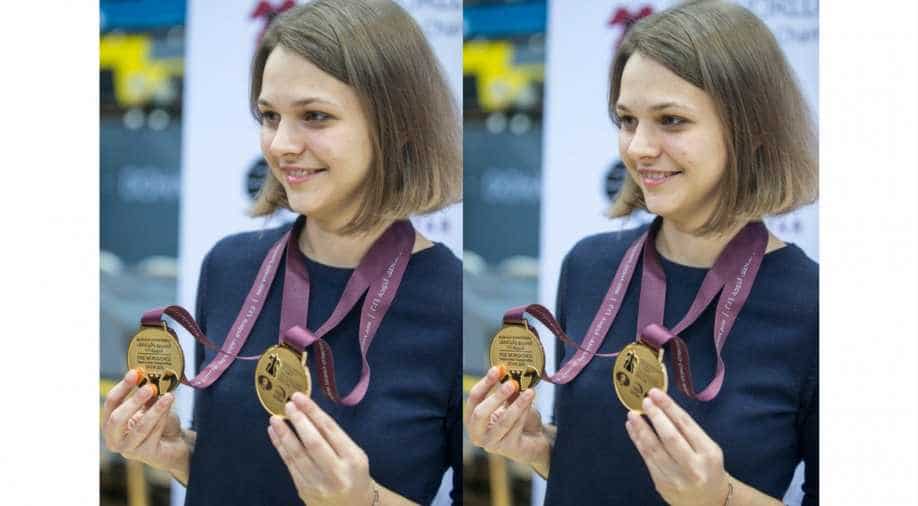 World Chess Championship 2017 is again in the middle of controversies with a Ukrainian chess grandmaster, Anna Muzychuk, declaring to boycott the world event on the issue of women's rights.

Anna announced in November that she would boycott the tournament because of forced dress rules in the country.

She has now taken to her Facebook profile to vent that the boycott would ultimately lead to her losing both the World Championship titles.

She writes: “In a few days I am going to lose two World Champion titles – one by one. Just because I decided not to go to Saudi Arabia. Not to play by someone’s rules, not to wear abaya , not to be accompanied getting outside, and altogether not to feel myself a secondary creature. Exactly one year ago I won these two titles and was about the happiest person in the chess world, but this time I feel really bad. I am ready to stand for my principles and skip the event, where in five days I was expected to earn more than I do in a dozen of events combined.”

This comes after authorities announced that all women competitors would be required to wear "high-necked white blouses with black or blue trousers".

The earlier mandate was for women to wear a 'hijab' or 'abaya' while playing in the hosting nation. It was later announced to the relief of many by World Chess organising body FIDE that there would be "no need to wear a hijab or abaya” during the 2017 World Chess Championship being held in Saudi Arabia, “a first for any sporting event” in the country.

Anna is skipping the tournament along with her sister and fellow chess grandmaster Mariya who have been raising their voice against this rule for months.

She continued in her post about countries with such oppressive and misogynistic rules and said, “First Iran, then Saudi Arabia.. wondering where the next Women’s World Championships will be organized" before adding “Everything has its limits and headscarves in Iran was more than enough.”

Saudi Arabia reportedly paid $1.5 million to host the tournament. According to FIDE, that includes a 350% increase in prize funds. The winner of the Open which is open to both genders but dominated by men will net $250,000. The women’s tournament winner will take home $80,000.

Saudi Arabia is hosting the World Chess Championship with an aim to show how the nation is opening up under the rule of crown prince Mohammad bin Salman.

The Championship recently came under the scanner for refusing the Israeli team to compete by not giving them visas.