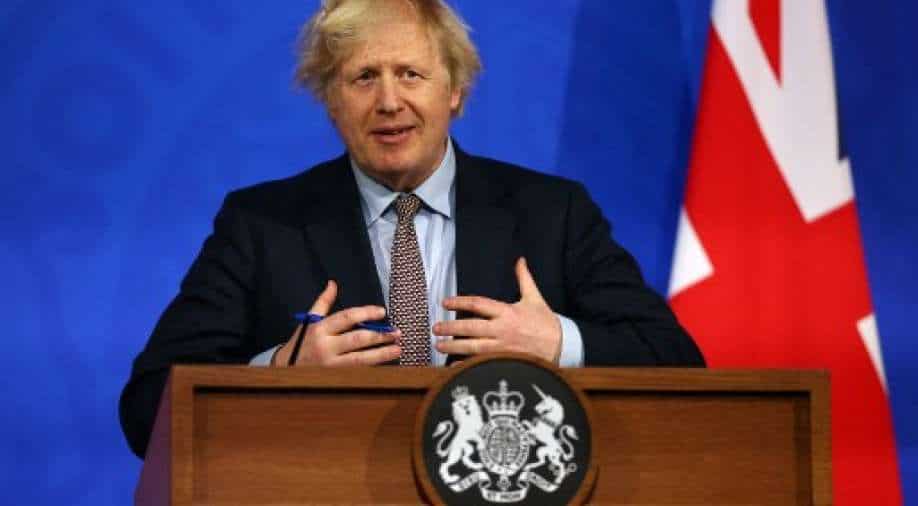 As voters in the country go to the polls Thursday for regional and local elections that have been swollen by races postponed from last year because of the pandemic, Johnson’s Conservative Party stands to make gains against a Labour Party that has struggled to make the ethical accusations against him stick

For an ordinary politician, heading into midterm elections on an unsavory plume of scandal over cellphone contacts with billionaires and a suspiciously funded apartment makeover might seem like the recipe for a thumping. But Prime Minister Boris Johnson of Britain is not an ordinary politician.

As voters in the country go to the polls Thursday for regional and local elections that have been swollen by races postponed from last year because of the pandemic, Johnson’s Conservative Party stands to make gains against a Labour Party that has struggled to make the ethical accusations against him stick.

Far from humbling a wayward prime minister, the elections could extend a realignment in British politics that began in 2019 when the Conservative Party won a landslide general election victory. That would put the Labour leader, Keir Starmer, on the back foot and ratify Johnson’s status as a kind of political unicorn.

“No politician in the democratic West can escape the consequences of political gravity forever, but Boris Johnson has shown a greater capacity to do it than most,” said Tony Travers, a professor of politics at the London School of Economics. “People see his behavior as evidence of his authenticity.”

Yet there is peril as well as promise for Johnson in the elections, which will decide thousands of seats, including that of London’s mayor, and which the British press has perhaps inevitably nicknamed “Super Thursday.”

In Scotland, the Scottish National Party could win a clear majority in Scotland’s Parliament that the nationalists would brandish as a powerful mandate to demand another referendum on independence from the United Kingdom after an earlier one was defeated in 2014.

In the English elections, the big prize is Hartlepool, a struggling northern port city and Labour bastion where a new poll suggests that the Conservatives could win a bellwether seat in a parliamentary by-election. The Tories could make further inroads in other Labour cities and towns in the industrial Midlands and North, where they picked off dozens of seats in 2019, running on Johnson’s promise to “Get Brexit Done.”

The prime minister did get Brexit done, as of January. Yet while the split with the European Union brought predicted chaos in shipments of British seafood and higher customs fees on European goods, its effects have been eclipsed by the pandemic — a twist that ended up working to the government’s benefit.

Although the pandemic began as a negative story for Johnson, with a dilatory response to the first wave of infections that left Britain with the highest death toll in Europe, it turned around with the nation’s rapid rollout of vaccines.

As new cases, hospitalisations and deaths have plunged, voters have rediscovered their affection for Johnson. His poll numbers rebounded from their lows last fall and show little damage from the charges and countercharges about his conduct, even though those have riveted London’s political circles.

More important, Johnson’s message of “leveling up” the economically blighted Midlands and North with the more prosperous south still seems to resonate with people, including many who traditionally voted for Labour. And the government’s free-spending response to the pandemic has pulled the Conservative Party even further from its roots as the party of fiscal austerity.

“The party of Margaret Thatcher is becoming the party of a big state and higher taxes, which can quite easily become the party of economic nationalism and ‘Buy British,’” said Travers, the London School of Economics professor.

For Starmer, the Labour leader, this shape shifting has been confounding. A disciplined former prosecutor who lacks Johnson’s raffish manner, he has found it difficult to attack the government on its pandemic response, particularly the vaccine rollout, which is the largest peacetime mobilisation in British history.

Instead, Starmer has grilled Johnson in Parliament weekly about who picked up the initial bill for the upgrade of his apartment and why he was texting the billionaire James Dyson about the tax status of his employees, when the two were discussing a plan for Dyson’s company to manufacture ventilators.

But there is little evidence that voters are particularly surprised or concerned that Johnson does not play by the rules. As political commentators have taken to saying this week, the prime minister’s behaviour is “priced in.”

The same is not true of Scottish independence. Analysts say Johnson’s government is not prepared for the wall of pressure it will face if the Scottish National Party wins a majority. The last time the party achieved that, in 2011, Britain’s then-prime minister, David Cameron, yielded to demands for a referendum. In 2014, Scots voted against leaving Britain by 55% to 44%.

Polls now put the split at roughly 50-50, after a stretch in which the pro-independence vote was solidly above 50%. Analysts attribute the slight softening of support to both the vaccine rollout, which showed the merits of staying in the union, as well as an ugly political dispute within Scottish nationalist ranks.

Johnson holds a trump card of sorts. To be legally binding, an independence referendum would almost certainly have to gain the assent of the British government, so the prime minister can simply say no and hope the problem goes away. But that strategy can work for only so long before becoming untenable.

“I don’t see any way in the world that Boris Johnson turns around the day after the election and says, ‘OK, you can have a referendum,’” said Nicola McEwen, a professor of politics at the University of Edinburgh.

And yet the calls could only grow. “If they manage to peel off a single-party majority,” she said, “it does put pressure on the UK to answer the question, ‘If a democratic vote isn’t a mandate for independence, then what is?’”