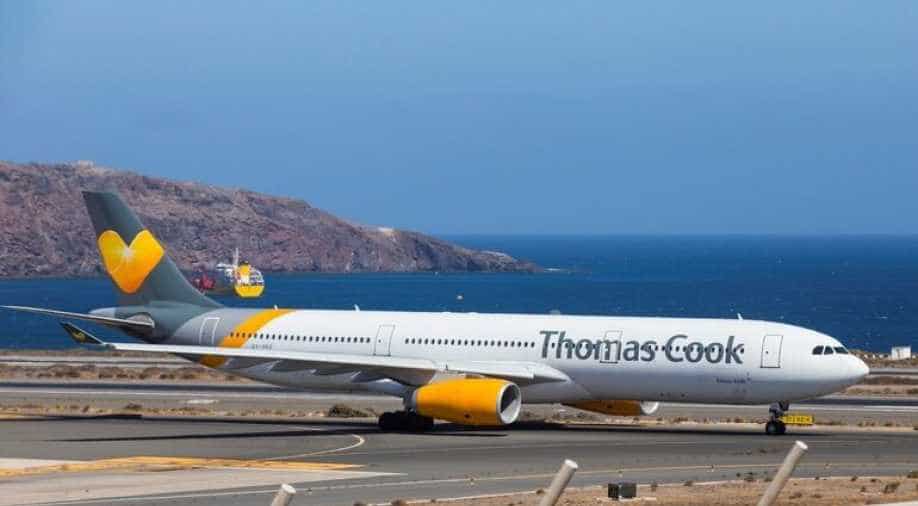 Over 70 flights are scheduled to bring back 16,000 people to the country.

Britain's Civil Aviation Authority (CAA) said that over 70 flights are scheduled to bring back 16,000 people to the country on Thursday following the collapse of Thomas Cook.

The authority also said that over 150 Thomas Cook crew members and 30 per cent of the total number of passengers had been flown back in the first three days of post-collapse operations.

CAA said that its flying programme would continue until October 6, with more than 1,000 flights planned in total. The Aviation Regulator launched the largest peacetime repatriation on Monday.

"Due to the significant scale of the situation, some disruption is inevitable, but the Civil Aviation Authority will endeavour to get people home as close as possible to their planned dates," it said.

A fleet of aircraft will be used to repatriate British citizens. In a small number of destinations, alternative commercial flights will be used.

About 50,000 tourists are stranded in Greece, mainly on islands, a Greek tourism ministry official told Reuters on Monday.

The CAA has launched a special website, thomascook.caa.co.uk, where affected customers can find details and information on repatriation flights.

For those customers not flying from Britain, alternative arrangements will have to be found. In Germany, a popular customer market for Thomas Cook, insurance companies will coordinate the response.