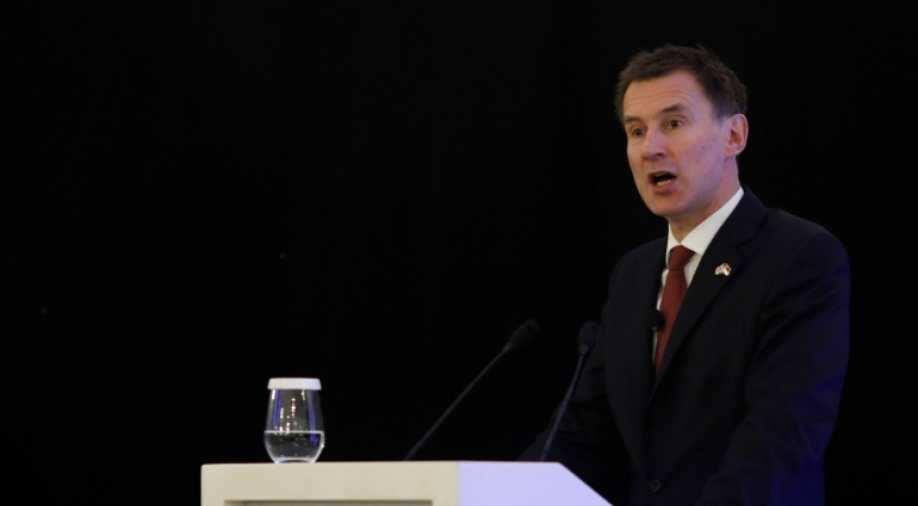 Zaghari-Ratcliffe, a project manager with the Thomson Reuters Foundation, was arrested in April 2016 at a Tehran airport as she headed back to Britain with her daughter after a family visit.

Britain will hand diplomatic protection to British-Iranian aid worker Nazanin Zaghari-Ratcliffe to underline the government's belief that Iran has behaved unjustly in its treatment of her, foreign secretary Jeremy Hunt said on Thursday.

Hunt said that while the move - a little-used way for governments to seek protection on behalf of their nationals - was unlikely to be a "magic wand," it may help Zaghari-Ratcliffe's case.

Zaghari-Ratcliffe, a project manager with the Thomson Reuters Foundation, was arrested in April 2016 at a Tehran airport as she headed back to Britain with her daughter after a family visit.

She was sentenced to five years in jail after being convicted of plotting to overthrow Iran's clerical establishment, a charge denied by her family and the Foundation, a charity organisation that operates independently of Thomson Reuters and Reuters News.

"I have today decided that the UK will take a step that is extremely unusual and exercise diplomatic protection," Hunt said in a statement, adding that the move signalled to Tehran that "its behaviour is totally wrong".

"It is unlikely to be a magic wand that leads to an overnight result. But it demonstrates to the whole world that Nazanin is innocent and the UK will not stand by when one of its citizens is treated so unjustly."

Diplomatic protection is a mechanism under international law through which a state may seek reparation for injury to one of its nationals on the basis that the second state has committed an internationally wrongful act against that person.

Earlier this year, Zaghari-Ratcliffe went on hunger strike in protest at her treatment in jail.

"We have been working hard to secure her release but despite repeated efforts have not been successful. We have not even been able to secure her the medical treatment she urgently needs despite assurances to the contrary," Hunt said.

"No government should use innocent individuals as pawns for diplomatic leverage so I call on Iran to release this innocent woman so she can be reunited with her family."