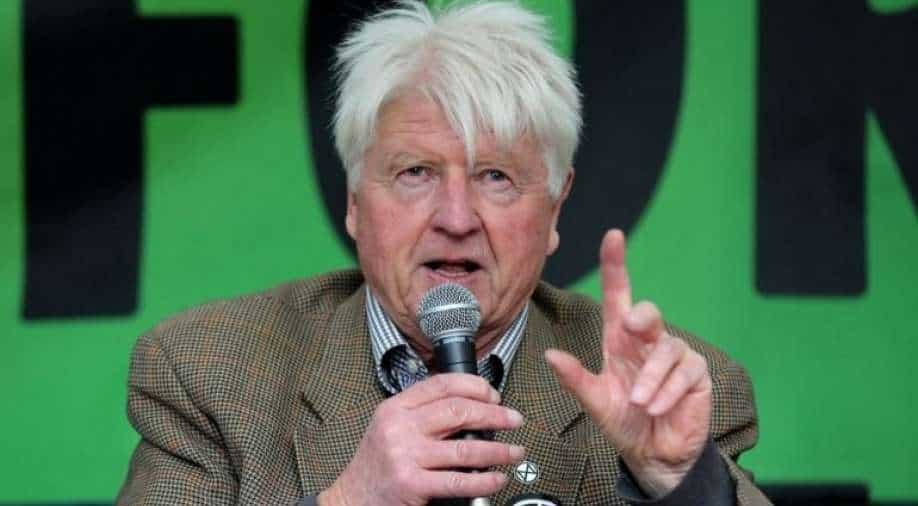 In an interview with Sky News, Caroline Nokes said Stanley Johnson smacked her on the bottom.

''I can remember a really prominent man, at the time the Conservative candidate for Teignbridge in Devon, smacking me on the backside about as hard as he could and going, 'oh, Romsey, you've got a lovely seat.''

The incident took place at the party's annual conference in 2003 when they were both parliamentary candidates ahead of an election.

Accusing Johnson of smacking her on the bottom, she added ''I would have been in my early 30s, so old enough, old enough to call it out … I now regard it as a duty, an absolute duty, to call out wherever you see it. Be the noisy, aggravating, aggressive woman in the room because if I’m not prepared to do that, then my daughter won’t be prepared to do that … you do get to a point where you go, ‘up with this, I will not put’.''

After the allegations made by Nokes, political correspondent for the New Statesman Alibhe Rea tweeted Johnson had ''groped me at a party at Conservative conference in 2019.''

''I am grateful to Caroline Nokes for calling out something that none of us should have to put up with, not least from the Prime Minister's father,'' she added.

In response, Stanley Johnson said, ''I have no recollection of Caroline Nokes at all, but there you go. And no reply.''

Nokes is currently the chair of parliament's Women and Equalities Select Committee and a former government minister.

She has been a member of parliament for Romsey and Southampton North since 2010.

Stanley Johnson is a former politician who worked for the World Bank and for the European Commission.