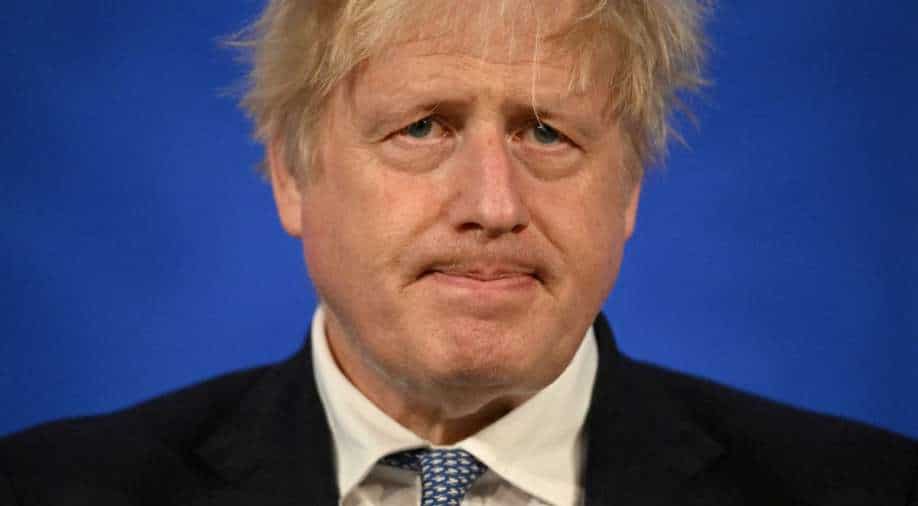 Political action in the UK has gained frantic pace after PM Boris Johnson's expected resignation from the leadership of Conservative Party. Know what happens next.

United Kingdom Prime Minister Boris Johnson is stepping down from Conservative Party leadership. The leader of the ruling party becomes Prime Minister of the UK. Johnson's government has been plagued with number of scandals that resulted in a large number of resignations from his ministers. Johnson's political position is indeed weak. Johnson is due to address the nation at 1230 GMT today (6 pm IST). Political action in the UK has gained pace. Partying when most of the UK was under strict COVID lockdown has seemed to have caught up with Johnson. The latest jolt to his governenet came just days ago when his party colleague Chris Pincher was accused of groping men. Pincher was deputy chief whip of the Conservative Party.

What happens when Boris Johnson quits as a Tory leader?

As per reports, Johnson plans to quit party leadership but plans to stay on as prime minister till autumn till his party colleagues choose a new leader. If this happens, Johnson will patch together an interim cabinet. As per laws in the UK, post of prime minister cannot remain vacant at any time. As Johnson continues in the prime ministerial office. Conservative Party will begin to search for a new leader from within their ranks.

How long will it take to choose the successor of Boris Johnson?

The process of electing a new Conservative Party leader would take weeks or even months during which Johnson will continue to remain in office as UK PM.

How will Conservative Party choose a new leader?

There is prescribed process for the election of the new leader.

At the start of the process, MPs from the Conservative Party who are willing to become the next leader will forward their names. Each candidate needs a backing from 8 fellow MPs from the party in order to enter the fray.

In the first round of voting within the Conservative Party, MPs vote for the candidate of their choice. Those candidate who get less than 18 votes are eliminated.

In the second round of voting, the MPs vote again, this time, candidates getting less than 36 votes are eliminated. If all candidates exceed the 36 vote-mark, candidate with least votes is eliminated.

This process continues until two candidates are left in the fray.

To select the winner, a wider postal vote of the Conservative Party is carried out. The candidate with most votes wins.

Will there be an election after Johnson's announcement?

However, it will be unusual for him to call elections without his party's backing. In such a case there will be stiff resistance from within the party for fresh elections.

Under Lascelles principle, a constitutional mechanism in the UK, Queen Elizabeth can refuse prime minister's request for an election.