UK: Edward Colston statue retrieved as many more monuments set to be reviewed 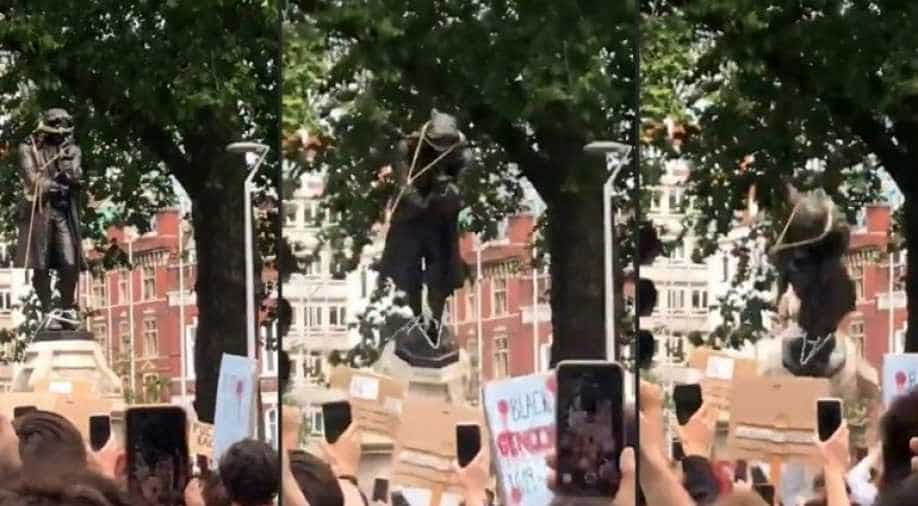 Bournemouth will later today remove the statue of Robert Baden-Powell, the founder of the Scout movement who also backed the Nazis

The statue of a slave trader, which was earlier toppled, has now been fished out of the harbour as many monuments in the United Kingdom are set to be reviewed amid the nationwide anger against symbols of racism.

Earlier today, the city council said the statue of Edward Colston was retrieved early on Thursday morning and "is being taken to a secure location before later forming part of our museum collection".

Also read | Statue of Christopher Columbus in US toppled, thrown in lake by anti-racism protestors

The statue of Colston, a slave trader in the late 17th century, was taken down on Sunday by the protesters who later dumped it into the water, as part of protests triggered by the killing of a black man in police custody in the United States.

Authorities in the seaside town of Bournemouth will later today remove the statue of Robert Baden-Powell, the founder of the Scout movement who also backed the Nazis.

Monuments, landmarks to be reviewed

Meanwhile, the University of Liverpool has said it would rename a building named after former PM William Gladstone because of his connections with the slave trade.

Mayor Marvin Rees, who earlier backed the pull-down of Colston's statue, has announced a new commission to research Bristol's history.

"The only way we can work together on our future is by learning the truth of our beginnings, embracing the facts, and sharing those stories with others," he said.

Also, the mayor of London, Sadiq Khan, has announced a review of landmarks and monuments, to see whether they correctly represent the city's diversity.