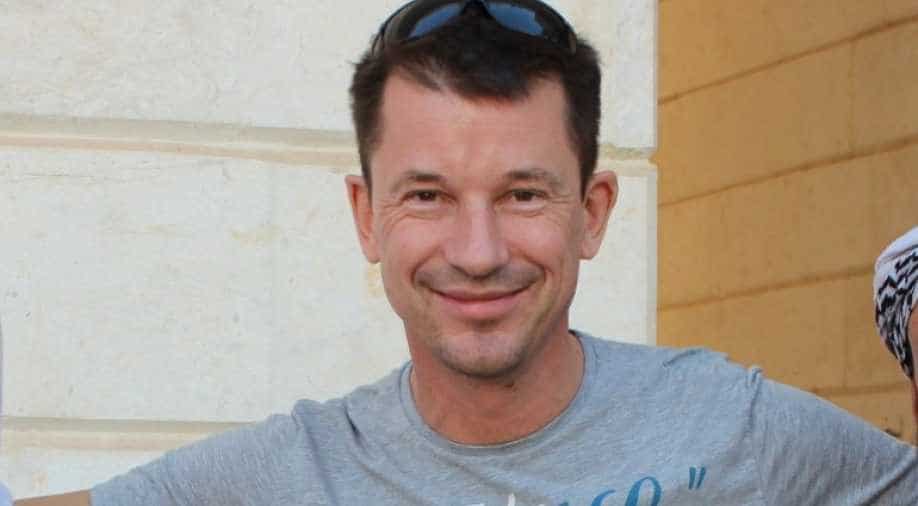 'Wallace told reporters in London that the British government believes (John) Cantlie is still being held by ISIS,' CNN reported, using another name for the jihadist group (IS).

A British photographer kidnapped by the Islamic State group more than six years ago could still be alive and in captivity, media reports said on Tuesday citing Britain's Security Minister Ben Wallace.

"Wallace told reporters in London that the British government believes (John) Cantlie is still being held by ISIS," CNN reported, using another name for the jihadist group (IS).

The reports said Wallace did not provide any evidence.

A tweet on an account used by Cantlie's family said: "We are aware of the current news circulating that John Cantlie is alive, whilst this is not substantiated at present, we continue to hope and pray that this turns out to be true".

Cantlie was captured first in July 2012 but escaped with help from the Free Syrian Army. He was kidnapped again in Syria along with US reporter James Foley in November 2012.

Foley became the first of a string of foreign hostages to be slain in propaganda videos.

Cantlie, however, appeared in several subsequent videos released by IS in which he delivered jihadist propaganda to the camera in the style of a news report.

His last appearance was in a video shot during the battle for Mosul in 2016 in which he looked very gaunt and tired.

Cantlie is the last remaining British hostage held by IS.