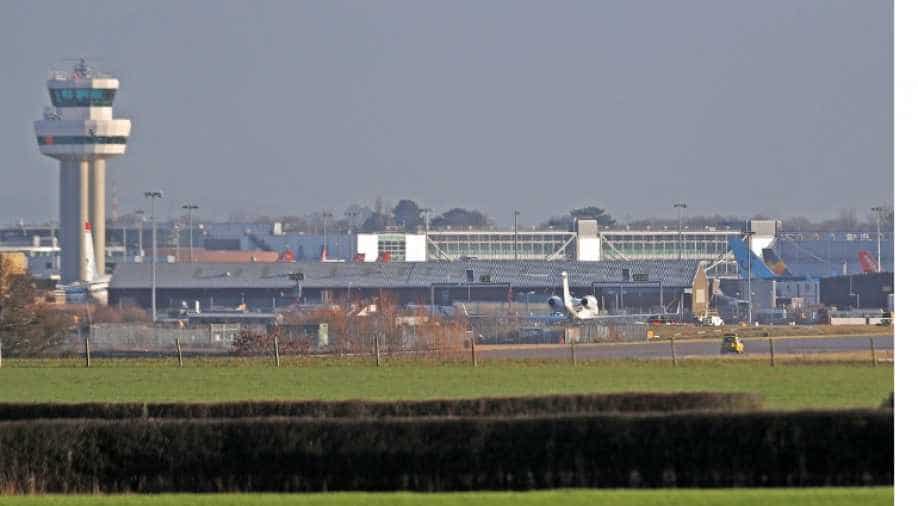 A police vehicle stands on the closed runway at Gatwick Airport after drones flying illegally over the airfield forced the closure of the airport, in Gatwick, Britain, December 20, 2018. Photograph:( Reuters )

Gatwick airport was partially opened on Friday morning for flight operations as thousands of passengers remained stranded in London during the Christmas holiday season.

Two persons, a man and woman arrested in connection with the drone scare at London's Gatwick airport, were released without charge on Sunday, police said.

"Both people have fully co-operated with our enquiries and I am satisfied that they are no longer suspects in the drone incidents at Gatwick," Sussex Police detective chief superintendent Jason Tingley said in a statement.

Gatwick airport was partially opened on Friday morning for flight operations as thousands of passengers remained stranded in London during the Christmas holiday season.

Gatwick, situated in west London is Britain's second biggest airport after Heathrow. Flight activity was hit after two drones were spotted on Thursday leading the airport to be shutdown.

Flights were halted at 2103 GMT on Wednesday after two drones were spotted near the airfield.

Flying drones within the 1 km airport boundary is illegal in Britain, punishable by five years in prison. Police officals had said on Thursday that it was a deliberate attempt by someone to fly the drones as it shutdown the airport.