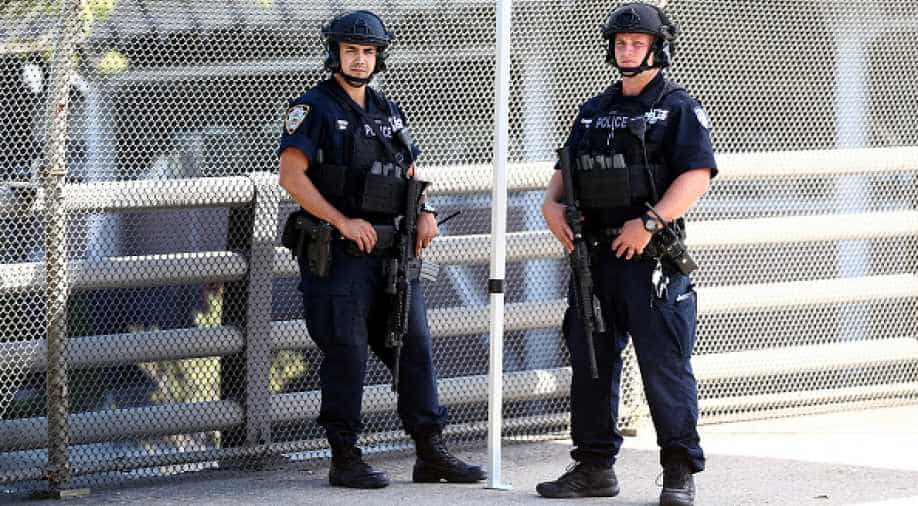 New York police have been on their toes as hate crimes have spiked by 35 per cent in the city from last year. Photograph:( Getty )

A uniformed city transit employee was taken to hospital with injuries to her knee and ankle after being pushed down the stairs at Grand Central Station, the bustling rail hub in the heart of Manhattan, en route to work Monday.

On Monday, another man was held on a $50,000 bail on a hate crime charge after an off-duty Muslim police officer was harassed in Brooklyn while out with her 16-year-old son Saturday evening, prosecutors said.

Cuomo said a subway train was also found vandalised with swastika graffiti on Saturday and that Ku Klux Klan fliers and business cards were distributed at two stations on the Long Island Rail Road last week.

Cuomo and city mayor Bill de Blasio, both vehement critics of Trump, said hate crimes would be prosecuted and not tolerated.

De Blasio linked a rising number of incidents to rhetoric from Trump on the campaign trail disparaging illegal immigrants, women and Muslims.

Police officer Aml Elsokary, who proudly wears her hijab on duty, appeared at a news conference alongside de Blasio, who has hailed her a hero for running into a burning building to help save a young girl and her grandmother.

"I became a police officer to show the positive side of a New Yorker, a Muslim woman, that can do the job," Elsokary told reporters.

"I'm born and raised here and I’m here to protect you," she added.

Around 900 Muslim Americans currently serve in the New York police department, the largest city force in the country.

Police said Monday that hate crimes were up 35 per cent in the city from last year but that arrests in those cases were also up 45 percent. Most reported hate crimes are anti-Semitic, police said.

New York is America's largest city and one of its most diverse with more than three million of its 8.55 million population foreign-born.

Nearly 900 incidents of hate and intolerance were recorded across the country in the first 10 days after Trump's election, many by assailants apparently emboldened by his victory, an advocacy group reported last week.

Trump's shock November 8 defeat of Hillary Clinton, who was bidding to become America's first female president, was cheered by white supremacists and others fired up by his rhetoric.

The president-elect has since distanced himself from the white nationalist movement, telling The New York Times last month: "I disavow the group."