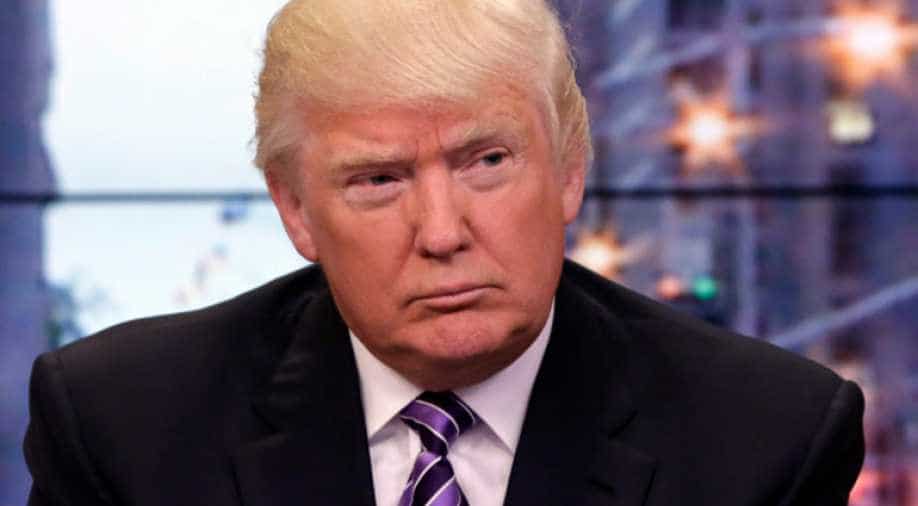 Trump said working with countries, whether it's Russia or China or India is a good thing. Photograph:( Reuters )

Vice President of Twitter Bruce Daisley has clarified that if Trump tweets any personal information such as phone number or address of any individual it will caution him to remove that tweet.

Bruce Daisley said this in an interview with BBC radio.

Twitter has been in questions recently for applying terms and conditions selectively, as they refused to delete Trump's account over hate speech he gives through his tweets.

Daisley said any person who posts personal number or address of anyone would be asked to delete that tweet on which Daisley was asked whether the rule applies on Donald Trump also to that he responded saying yes.

Many tweets of Donald Trump should have been taken seriously by the social media giant which could be equivalent to threats but Twitter has always refused to take any action or even ask Trump to delete his tweets as he is a world leader.

People on social media has been asking to ban Trump's account or Dorsey to resign after he compared Kim Jong-un nuclear button to his calling it much bigger and more powerful."

North Korean Leader Kim Jong Un just stated that the “Nuclear Button is on his desk at all times.” Will someone from his depleted and food starved regime please inform him that I too have a Nuclear Button, but it is a much bigger & more powerful one than his, and my Button works!

I'm beginning to suspect Twitter of being a brilliant Russian psy op. How else to explain their reluctance to ban Trump & other malefactors? https://t.co/1OUaDwjNFK

In 2017, November Trump tweeted Kim Jong-Un's number on Twitter and asked people to call him and say "he is sloppy and low energy sad rocket man."

Trump has often been seen insulting his opponents. (Twitter)

Trump has often seen insulting his opponents such as always referring Hillary Clinton as "crooked Hillary," or calling Kim Jong-Un rocket man, Twitter said that in such cases twitter would now step in and take action.