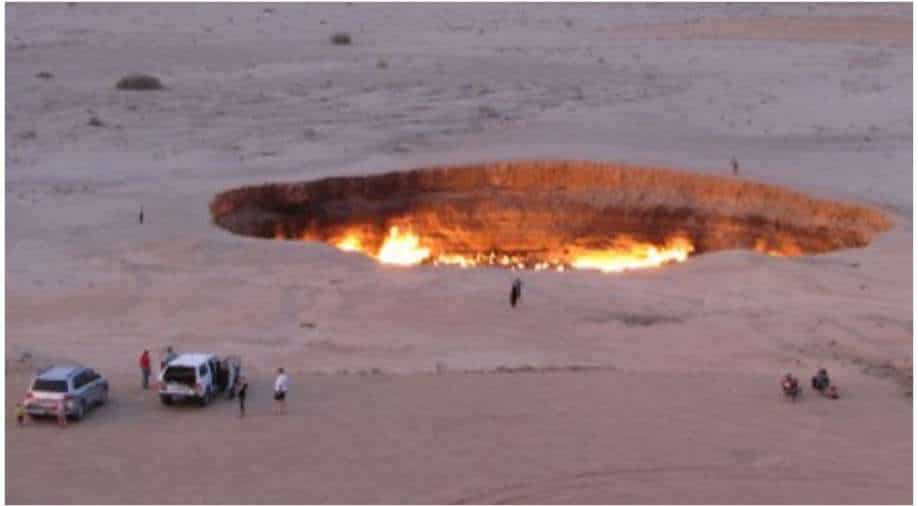 A picture taken on May 3, 2014, shows people visiting "The Gateway to Hell," a huge burning gas crater in the heart of Turkmenistan's Karakum desert. The fiery pit was the result of a simple miscalculation by Soviet scientists in 1971 Photograph:( AFP )

Fire at the 'Gateway of Hell', a natural gas crater in Karkum desert in Turkmenistan has been raging since 1971. It was a result of failed Soviet drilling operation

Turkmenistan President Gurbanguly Berdymukhamedov instructed officials on Saturday to find ways to extinguish fire at 'Gateway to Hell' a gas crater that has been burning for decades after failed Soviet drilling.

The president cited environmental and economic concerns as he appeared on state television. The Darvaza gas crater, where the fire has been raging is in the middle of the vast Karakum desert.

President Gurbanguly Berdymukhamedov said that the man-made crater "negatively affects both the environment and the health of the people living nearby".

"We are losing valuable natural resources for which we could get significant profits and use them for improving the well-being of our people," he said in televised remarks.

Berdymukhamedov instructed officials to "find a solution to extinguish the fire".

The crater was created in 1971 during a Soviet drilling accident that hit a gas cavern, causing the drilling rig to fall in and the earth to collapse underneath it. 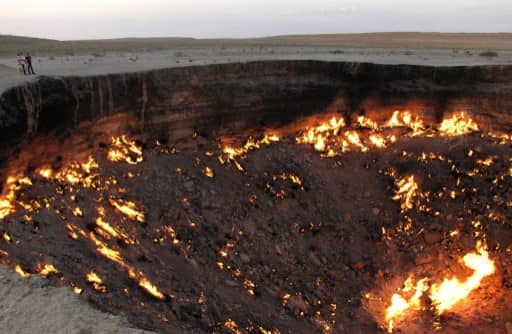 To prevent the dangerous fumes from spreading, the Soviets decided to burn off the gas by setting it on fire.

The pit has been ablaze ever since and previous attempts to put it out have been unsuccessful.

In 2018, the president officially renamed it to the "Shining of Karakum".