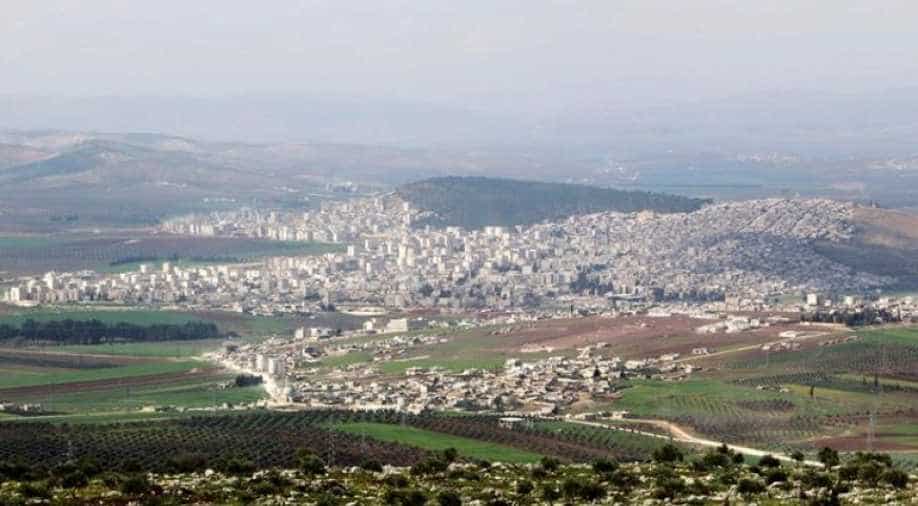 The Turkish army and allied Syrian rebels have surrounded the city of Afrin in northern Syria controlled by Kurdish militia that is the key target of Ankara's cross-border operation, the military said Tuesday.

The Turkish forces, who had been looking to complete the encirclement in a two-pronged movement from the east and the west, had Afrin city surrounded on Monday, the army said in a statement quoted by state media, without giving further details.

The surrounding of Afrin city is a key step in Turkey's seven-week operation Olive Branch launched on January 20 and aimed at ousting the Kurdish People's Protection Units (YPG) from the Afrin region of northern Syria.

The Britain-based Syrian Observatory for Human Rights said on Monday that hundreds of civilians had already fled Afrin as Turkey advanced.

"More than 2,000 civilians have arrived in the area of Nubul" controlled by pro-regime forces, it said, adding that hundreds more were still on the road.

Afrin city -- the main urban centre in the YPG-controlled enclave on the Turkish border -- is home to around 350,000 people, the Observatory says.

It remains unclear what Turkey's next move will be, with some analysts reckoning it will be content to lay siege to Afrin for some time and allow civilians to leave to avoid a high-casualty offensive.

Turkey regards the YPG as a terror group and a branch of militants in Turkey who have waged an insurgency for decades.

But the YPG has been a key American ally in the fight against jihadists in Syria and the operation has raised tensions with Turkey's NATO allies in Washington and Europe.

Speaking on Saturday, Erdogan said after taking Afrin, Turkey's offensive would expand to key border towns controlled by the YPG right up to the Iraqi frontier.