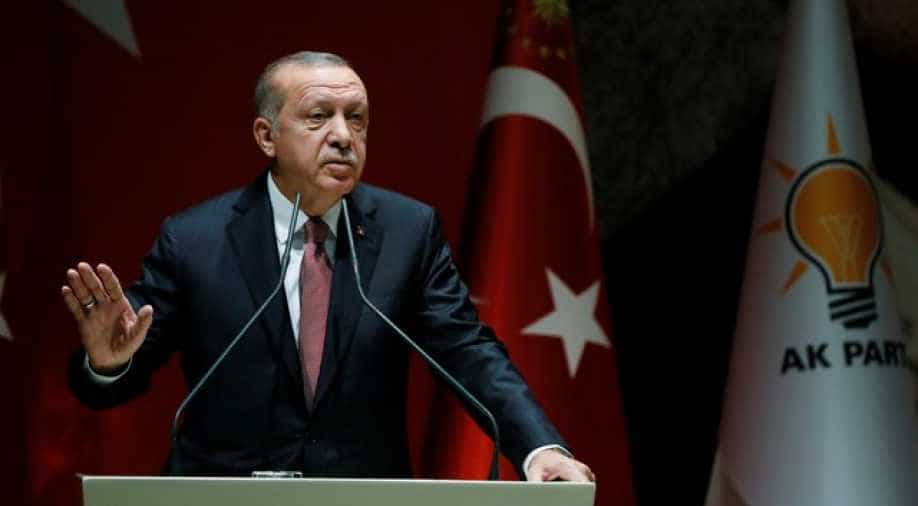 Turkish President Tayyip Erdogan shared details of the case of slain Saudi journalist Jamal Khashoggi in bilateral talks during a four-way summit with the leaders of Russia, France and Germany, he said on Saturday.

Erdogan, speaking at a joint news conference following a summit in Istanbul, said Saudi Arabia needed to say who sent to Turkey the 18 people believed to be responsible for Khashoggi's killing.

He also said Turkey valued the conclusion of discussions between Turkish and Saudi prosecutors, who are due to meet on Sunday.

Turkish President Recep Tayyip Erdogan hosted Russian President Vladimir Putin, French President Emmanuel Macron and German Chancellor Angela Merkel for the summit on the conflict, in which more than 360,000 people have been killed since 2011.

A constitutional committee for Syria should be formed as soon as possible, Turkish President Tayyip Erdogan said on Saturday (October 27), adding that he hoped it would be formed before the end of the year.

Erdogan said the four leaders discussed the return of refugees to Syria and they agreed that the returns should be voluntary. He also called on European Union to fulfil its promises for fair burden-sharing.

Turkey agreed to stem the record flow of migrants to Europe in 2016 in exchange for billions of Euros in aid from the European Union and the lifting of short-term visa requirements for Turkish citizens wishing to enter the bloc.