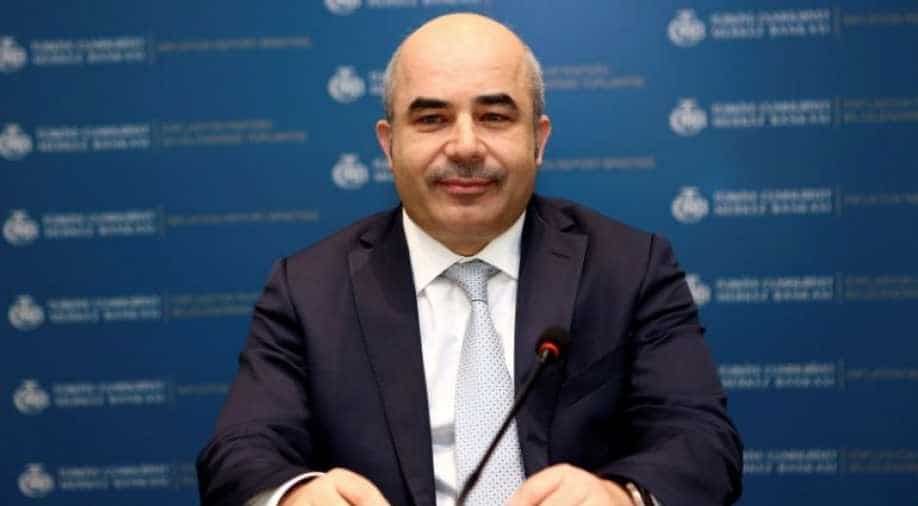 Uysal appointed this month after President Tayyip Erdogan dismissed his predecessor also said the bank had independence in its use of tools to reach its inflation target.

Turkey's central bank cut its inflation forecasts on Wednesday and new governor Murat Uysal said it has "considerable" room for manoeuvre on interest rates in coming months, a week after it began an expected policy easing cycle with a big cut.

Uysal appointed this month after President Tayyip Erdogan dismissed his predecessor also said the bank had independence in its use of tools to reach its inflation target.

The upbeat comments by Uysal, who was Cetinkaya's deputy, set the scene for more rate cuts over the next months, especially if a spreading monetary easing trend among major central banks continues to stabilise the Turkish lira after its meltdown last year.

"In the upcoming period, we have a considerable room for manoeuvre on rates. Its application, timing and size will depend on the improvements on price and financial stability," Uysal said. "We will make (the decision) based on data."

The central bank hiked its policy rate to 24 per cent at the peak of last year's currency crisis. High rates, along with companies burdened with large amounts of foreign currency debt, drove the economy into recession and cut nearly 30 per cent from the value of the lira.

It also sent inflation soaring above 25 per cent. It has since fallen to below 16 per cent, paving the way for the bank to cut rates last week by 425 basis points to 19.75 per cent.

On Wednesday, the bank cut its inflation forecast for 2019 to 13.9 per cent from 14.6 per cent but left next year's outlook unchanged at 8.2 per cent. Uysal said the policy would depend on the inflation outlook.

In a separate publication of the minutes of the bank's policy meeting last week, it said there was a risk that inflation would not edge lower as expected.

"Although other central banks have generally been cutting, Turkish interest rates remain high and there's room for more cuts," said Nikolay Markov, senior economist at Pictet Asset Management, who expects the policy rate to fall to about 14 per cent by mid-2020.

"People thought (Uysal) would be a lot more political and what he has said today makes sense and that provides some comfort to foreign investors."

Asked in a press conference about Cetinkaya's sacking, Uysal said it had met legal requirements.

He also said the central bank had a more optimistic outlook for the economy in 2020 as lira volatility ebbed.

"The delayed, cumulative effects of the exchange rate slowly being left behind is turning our expectations for 2020 to a positive trajectory," he said.