Trump's son agrees to sit for questioning in New York probe, after the election 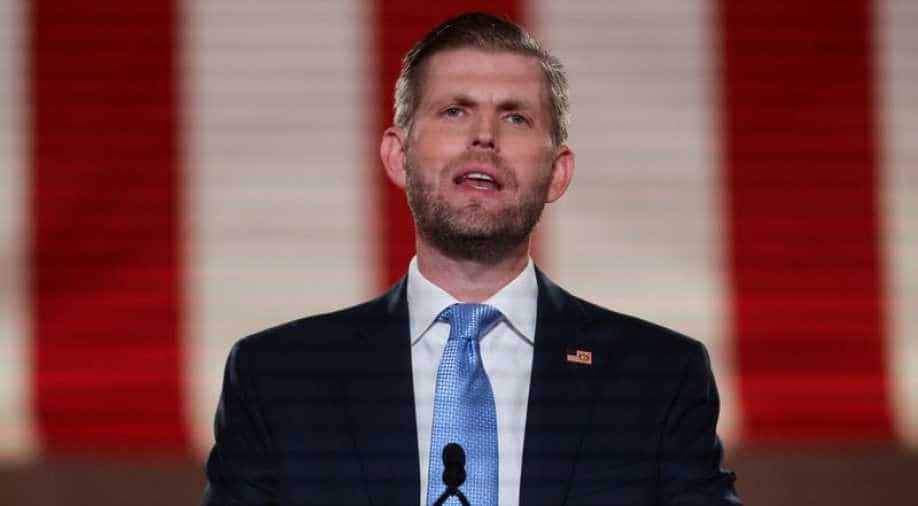 In a Thursday court filing, Eric Trump`s lawyers said his "extreme travel schedule and related unavailability" and "the importance of avoiding any appearance of politicizing the investigatory process" justified the delay.

President Donald Trump`s son Eric is willing to be questioned in connection with a probe by New York`s attorney general into whether his father and the Trump Organization overstated the value of assets to obtain loans and tax benefits - if it can wait until after the Nov. 3 election.

In a Thursday court filing, Eric Trump`s lawyers said his "extreme travel schedule and related unavailability" and "the importance of avoiding any appearance of politicizing the investigatory process" justified the delay.

They also said they had proposed four dates for Eric Trump to be questioned in the civil probe, beginning on Nov. 19.

"Eric Trump has been, and continues to be, willing to appear pursuant to a subpoena," the lawyers said.

A spokesman for Attorney General Letitia James said in a statement: “While we cannot comment on the particular steps we’re taking on specific litigation, we won’t allow any entity or individual to dictate how our investigation will proceed or allow anyone to evade a lawful subpoena."

James on Aug. 24 accused the Trump Organization, where Eric Trump is an executive vice president, of resisting subpoenas for her probe into "potential fraud or illegality," while there had been no determination any laws had been broken.

The attorney general said her probe began after Donald Trump`s former personal lawyer and fixer Michael Cohen told Congress the president`s financial statements had inflated some asset values to save money on loans and insurance, and deflated other asset values to reduce real estate taxes.

Four properties were being probed: the Seven Springs Estate in Westchester County, New York; 40 Wall Street in Manhattan; the Trump International Hotel and Tower in Chicago, and the Trump National Golf Club in Los Angeles.

The Trump Organization has said the probe into Donald Trump, a Republican, by James, a Democrat, was "all about politics."

In Thursday`s filing, its lawyers also said it should not be required to turn over "thousands of pages of privileged communications" from its lawyers that James also subpoenaed.
A hearing is scheduled for Sept. 23 in a New York state court in Manhattan.