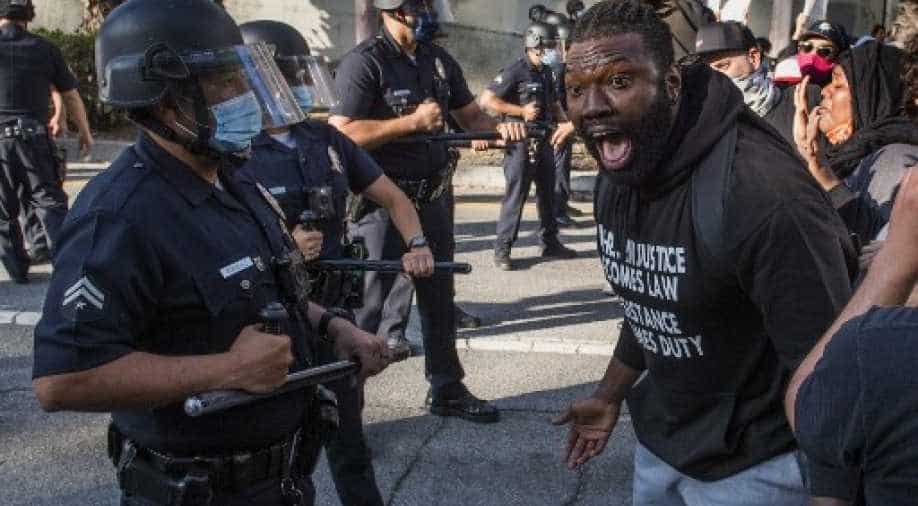 Trump said the new order "a tremendous step toward safe, beautiful and elegant justice", however, Democratic speaker of the House of Representatives, Nancy Pelosi slammed the move

US President Donald Trump initiated police reforms with an executive order in the wake of the George Floyd's killing by a Minneapolis police officer but in a move which still left the door open for debate the proposed reform said chokeholds would end “except if the officer’s life is at risk.”

Trump said the new order "a tremendous step toward safe, beautiful and elegant justice", however, Democratic speaker of the House of Representatives, Nancy Pelosi slammed the order, saying: "The president's weak executive order falls sadly and seriously short of what is required to combat the epidemic of racial injustice and police brutality."

Trump is entirely taking the side of police. He's not even paying lip service to the issues that have animated protests across the country. pic.twitter.com/xael9qs0xc

So the EO "bans chokeholds" except when the police want to use chokeholds?

"During this moment of national anguish, we must insist on bold change, not meekly surrender to the bare minimum," Pelosi added.

Under the order, the government requires police departments to ban chokeholds and allows the creation of a database for police officers involved in misconduct.

"We have to break old patterns of failure," Trump said while signing the order at the White House Rose Garden. "We are one nation. We grieve together and we heal together," the US president said, while adding, "Americans know the truth: without police, there is chaos."

After George Floyd's killing tensions flared again after the death in Atlanta, Georgia, of African-American Rayshard Brooks who police said was shot in the back as he ran from officers.

George Floyd's death on May 25 by a Minneapolis cop had triggered waves of protest in the United States with several protesters calling for defunding of police amid large scale police reforms.