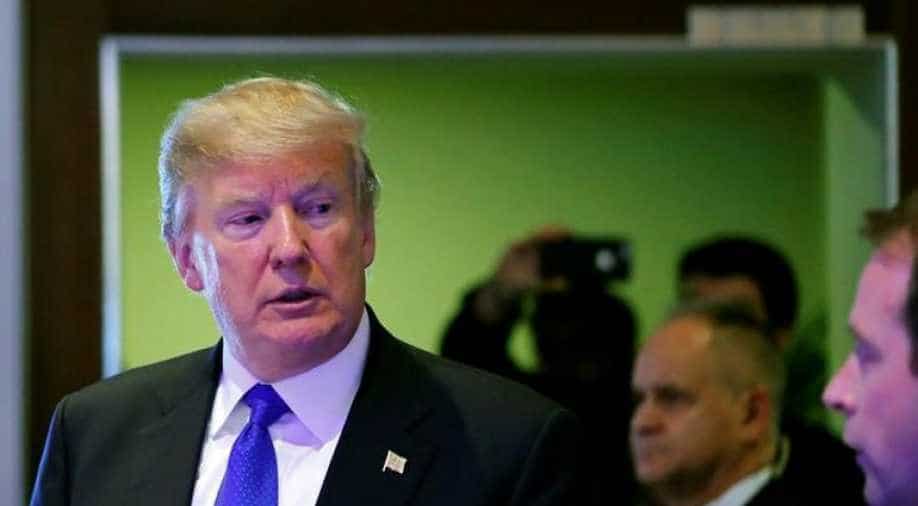 Previewing Trump's speech at the World Economic Forum, the official said the president would embrace 'a commitment to free and open markets, but on terms that are fair and reciprocal'

US President Donald Trump will tell the Davos global elite on Friday that he wants free trade as long as it is "fair and reciprocal", a senior administration official said.

Previewing Trump's speech at the World Economic Forum, the official said the president would embrace "a commitment to free and open markets, but on terms that are fair and reciprocal".

Trump will also, according to the official, promote his drive to cut taxes and regulation, and declare: "America is open for business."

Rather than emphasising his "America First" slogan, the president has been using his attendance at the annual forum in the Swiss Alps to tell foreign business leaders that there has never been a better time to invest in the United States.

But he will also use the speech to say that he expects other countries to enforce laws and trade agreements, the official said, after Washington this week targeted China and South Korea with new tariffs, and as it renegotiates the NAFTA pact with Canada and Mexico.

"The United States will no longer tolerate things like the theft of intellectual property, forced technology transfers, industrial subsidies," the official said, adding that Trump's speech was also about "lifting up the forgotten men and women" left behind by globalisation.