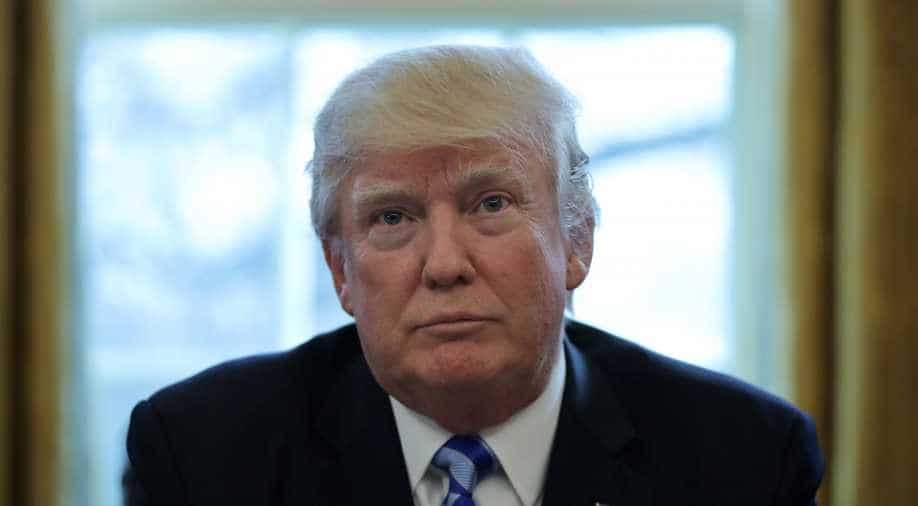 When Trump was asked if that meant dealing with Pyongyang one on one, he said: 'Totally'. Photograph:(Reuters)
Follow Us

US President Donald Trump has said the US will eliminate the nuclear threat from North Korea alone, if China does not help.

“Well if China is not going to solve North Korea, we will. That is all I am telling you,” Mr Trump said.

“China has great influence over North Korea. And China will either decide to help us with North Korea, or they won’t. If they do, that will be very good for China, and if they don’t, it won’t be good for anyone,” he added.

Trump's comments were made at the White House to the the Financial Times newspaper.

Chinese President Xi Jinping will be visiting the United States this week.

The Financial Times reported Mr Trump as saying it was “totally” possible for the US to tackle North Korea without China.

It added that when he was asked if that meant dealing with Pyongyang one on one, he said: “I don’t have to say any more. Totally.”

“There is a real possibility that North Korea will be able to hit the US with a nuclear-armed missile by the end of the first Trump term,” the Financial Times reported deputy White House national security adviser KT McFarland as saying to it in a separate interview.