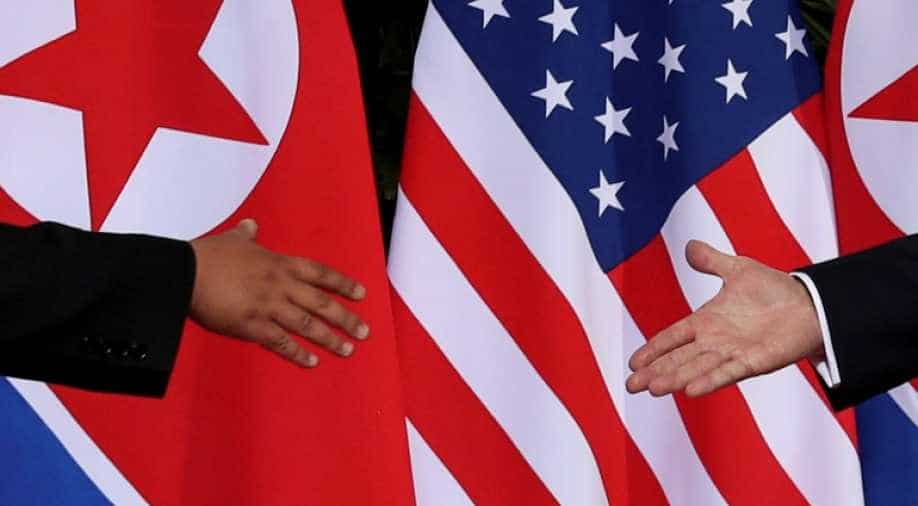 The nuclear-armed North has issued increasingly strident declarations in recent weeks, even promising an ominous "Christmas gift" if Washington does not come up with some concessions.

US President Donald Trump said Monday he'd be "disappointed" if North Korea had something "in the works" as a year-end deadline from Pyongyang about the fate of their nuclear talks approaches, reported news agency AFP.

The nuclear-armed North has issued increasingly strident declarations in recent weeks, even promising an ominous "Christmas gift" if Washington does not come up with some concessions.

The top US envoy to the negotiations with North Korea, Stephen Biegun, said in Seoul on Monday that Pyongyang's rumblings were "hostile and negative" -- and Trump said he was watching.

"We'll see. I'd be disappointed if something would be in the works. And if it is, we'll take care of it," Trump said at the White House when asked about the situation. "We're watching it very closely."

The negotiations between Washington and Pyongyang have been stalled after the collapse of Hanoi between Trump and North Korean leader Kim Jong Un.

North Korea carried out a series of tests at its Sohae rocket facility this month after several weapons launch in recent weeks.

"It's a concern -- their rhetoric," US Defense Secretary Mark Esper told reporters, saying further action by North Korea could be likely.

Japan and others have said recent launches involved ballistic missiles, which Pyongyang is banned from testing under UN sanctions.