I have total confidence in Tillerson, says Trump over resignation row 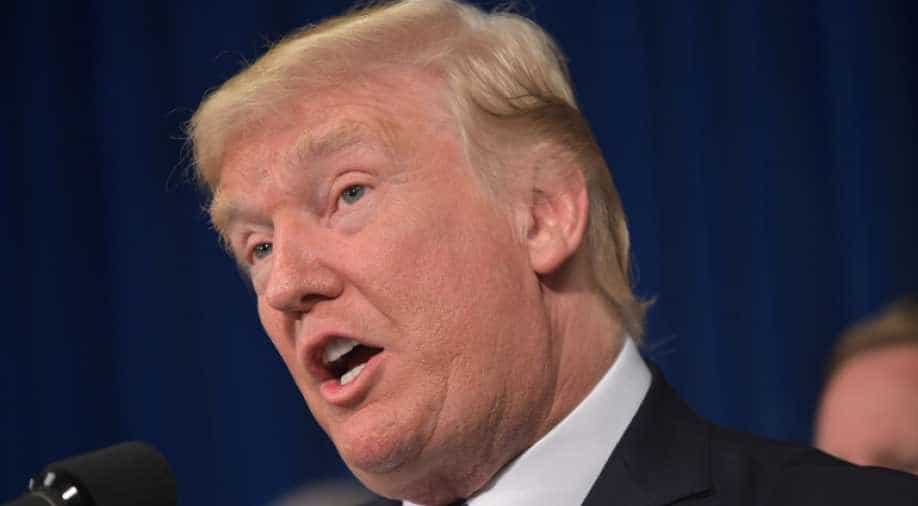 US President Donald Trump said he has 'total confidence' in his Secretary of State Rex Tillerson. Photograph:( AFP )

The NBC News had reported that Tillerson came close to resigning this summer but was requested to stay on the job until the end of the year. ||The White House and the State Department denied the story.

US President Donald Trump today said he has "total confidence" in his Secretary of State Rex Tillerson after the latter denied having offered to resign from his cabinet and dismissed as "petty nonsense" a media report that he had called the president a "moron".

The NBC News had reported that Tillerson came close to resigning this summer but was requested to stay on the job until the end of the year. The White House and the State Department denied the story.

"I'm very honoured by his comments. It was fake news. It was a totally phoney story," Trump said as he slammed media reports about writing a story which was inaccurate.

"It was made up. It was made up by NBC. They just made it up," he alleged and in another tweet, the president sought an apology from NBC news.

Earlier, Tillerson in an impromptu statement to the press said that he never offered to resign. He described such reports as erroneous.

"I have never considered leaving this post," he said. Later he spoke with Trump over the phone.

News reports said that Vice President Mike Pence convinced him not to resign. His office denied this.

"The Vice President can confirm that...The Secretary of State made clear, at no time did he and the Secretary ever discuss the prospect of the Secretary's resignation from the administration. Any reporting to the contrary is categorically false," his office said.

Tillerson, Nauert said, is clear, direct, and pulls no punches. He is not a politician who seeks the spotlight, and many in foreign policy and media circles simply don't understand that she added.

"The Secretary has never considered resigning from his post. And for those who want him to do so, go ahead and keep pushing, because that will only strengthen his resolve," she said.

NBC News, however, stood by its story. NBC News spoke with a dozen current and former senior administration officials for this article, as well as others who are close to the president, it said.

Tillerson, who was in Texas for his son's wedding in late July when Trump addressed the Boy Scouts, had threatened not to return to Washington, according to three people with direct knowledge of the threats, the news channel said.

His discussions with retired Gen. John Kelly, who would soon be named Trump's second chief of staff, and Defence Secretary James Mattis, helped initially to reassure him, four people with direct knowledge of the exchanges said, according to NBC.