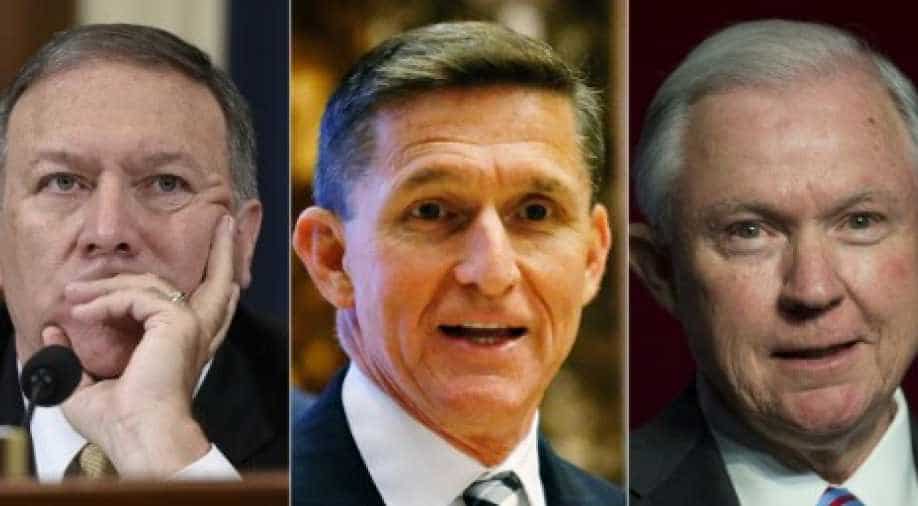 President-elect Donald Trump has picked three hardliners to be in-charge of some of the topmost national security and judicial posts of the country.

Senator Jeff Sessions has been nominated to be the attorney general; Mike Pompeo will head the CIA; and, Michael Flynn will be Trump's national security advisor.

The selection was predictably lauded by the Republicans and assailed by the Democrats for being too hawkish.

“The president-elect is a man of action, and we’ve got a great number of men and women with great qualifications who look forward to serving in this administration,” Vice President-elect Mike Pence told reporters in New York, Washington Post reported.

"I enthusiastically embrace President-elect Trump's vision for 'one America', and his commitment to equal justice under law," said Sessions, a 20-year veteran of Congress.

Trump described Sessions as having a "world-class legal mind".

“Jeff is greatly admired by legal scholars and virtually everyone who knows him,” Trump said.

Sessions has in the past made comments that can be construed as racist.

Back in 1986, Sessions said that a prominent white lawyer was a "disgrace to his race" for defending African-Americans.

He also reportedly joked about the Ku Klux Klan, saying he had thought its members were "OK, until I found out they smoked pot."

Sessions has also been a fiery opponent to immigration, waging war on efforts to pass comprehensive immigration reform through Congress in 2007 and 2013.

Congressman Mike Pompeo said he was honoured to have got the post.

Pompeo has been a critic of the Iran nuclear deal, which has been viewed by political analysts on the left to be one of outgoing President Barack Obama's top achievement during his second tenure.

Deeper controversy surrounds Trump's national security adviser Flynn, 57, who is set to play an influential role in shaping policy for a president with no experience in government or diplomacy, including how to contend with an increasingly aggressive Russia. Flynn raised eyebrows when he traveled to Moscow and dined alongside Russian President Vladimir Putin.

And he has refused to rule out enhanced interrogation techniques like waterboarding, which have been described as torture and which Trump repeatedly condoned while campaigning.

Flynn's hardline stance on Islamic extremism has rankled many. In February, he tweeted that "fear of Muslims is rational".

He is highly respected as a decorated military intelligence officer who helped combat insurgent networks. But President Barack Obama fired him as head of the Defense Intelligence Agency in 2014 following complaints about his leadership style.

Flynn's appointment does not need approval from the Senate.

But that of Sessions as attorney general does.