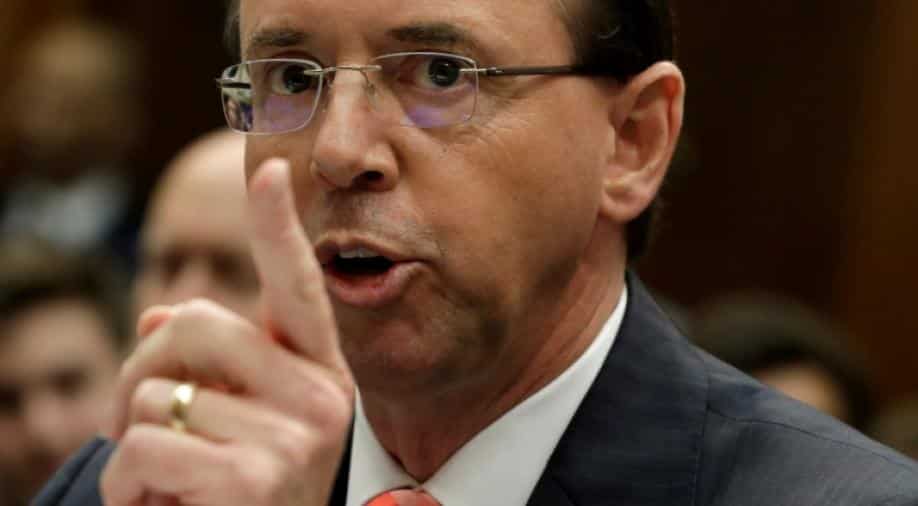 Rosenstein will be replaced by Jeffrey Rosen, the current deputy secretary of the Department of Transportation, President Donald Trump's spokeswoman Sarah Sanders said. The decision is subject to confirmation in the Senate.

The Trump administration announced Tuesday it was nominating a successor to deputy attorney general Rod Rosenstein, a move that confirms the departure of the Justice Department official who until recently oversaw the Russia probe.

Rosenstein will be replaced by Jeffrey Rosen, the current deputy secretary of the Department of Transportation, President Donald Trump's spokeswoman Sarah Sanders said. The decision is subject to confirmation in the Senate.

Rosenstein was responsible for the May 2017 naming of Robert Mueller as special counsel to investigate allegations that Russia interfered in the last presidential election and that the Trump campaign colluded in that effort.

Rosenstein's then boss, Jeff Sessions, who was fired last November, had recused himself from the probe because of his role in Trump's campaign team.

Rosenstein was frequently attacked by Trump on Twitter, while congressional Republicans had also sought his removal.

In an explosive interview aired Sunday, the FBI's former acting director Andrew McCabe said Rosenstein discussed invoking an article of the constitution to remove Trump on the grounds that he was incapable of performing his job.

Rosenstein has dismissed reports that he ever considered such a move -- and that he even pondered wearing a wire to secretly record his conversations with the president -- as a "joke," if indeed he made the comments.

His successor Rosen is a Northwestern University and Harvard Law School graduate and "a distinguished lawyer who has served at the highest levels of government and the private sector," Barr said.

Rosen has worked in both the public and private sector, including as senior partner for the international law firm Kirkland & Ellis.

He previously served in the administration of Republican president George W Bush, first as general counsel for the Department of Transportation and later for the Office of Management and Budget.