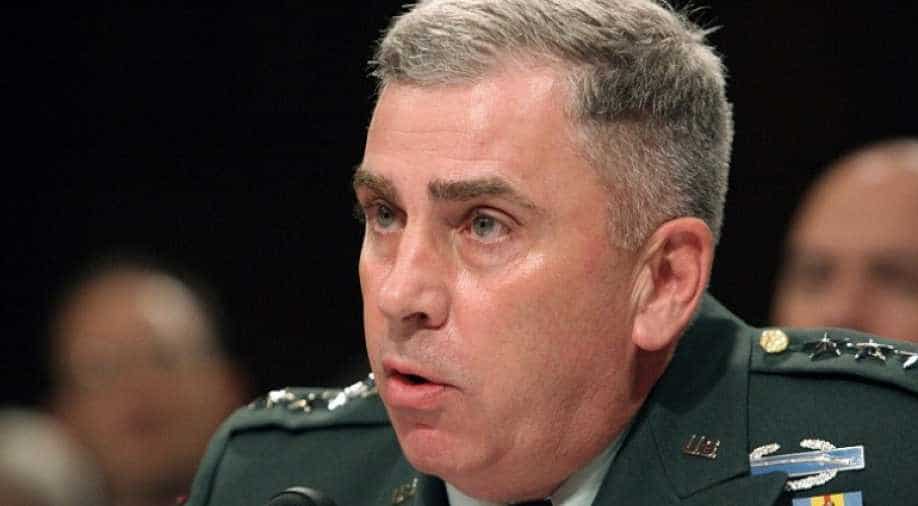 Abizaid is a fluent Arabic speaker of Lebanese Christian descent who headed US Central Command -- which covers the Middle East -- during the Iraq war from shortly after the US invasion in 2003 through 2007.

President Donald Trump on Tuesday tapped John Abizaid, a top US general from the Iraq war who has studied the Middle East for years, as ambassador to Saudi Arabia amid growing friction between the longstanding allies.

Abizaid is a fluent Arabic speaker of Lebanese Christian descent who headed US Central Command -- which covers the Middle East -- during the Iraq war from shortly after the US invasion in 2003 through 2007.

The 67-year-old wrote his master's thesis at Harvard University about Saudi Arabia, studying how the kingdom makes its decisions on defence spending, in a paper that won acclaim in academic circles.

A California native, Abizaid graduated from the US Military Academy at West Point and later won a scholarship to study in Jordan, where he honed his Arabic, which he did not speak as a child.

Trump has been slow in filling key posts amid his promises to shake up Washington. But the absence of an ambassador in Riyadh, nearly two years into his presidency, has become more glaring amid rising tensions between the countries.

Trump, who quickly forged a close relationship with Saudi Arabia upon taking office, has been forced to criticize the kingdom and its powerful crown prince, Mohammed bin Salman, after a team from the kingdom killed a US-based critical journalist, Jamal Khashoggi, inside the Saudi consulate in Istanbul.

Amid a US souring on the heir apparent, the United States has also curbed cooperation and demanded a halt to the Saudi-led military campaign against rebels in Yemen that has contributed to a humanitarian crisis believed to be the worst in the world.

But US pleas -- made by telephone rather than in person by an ambassador -- have failed to sway the Saudis.

Abizaid requires confirmation from the Senate, which would appear likely as the retired four-star general has long enjoyed respect in Washington.

Shortly after taking over as CENTCOM commander, Abizaid told reporters that US forces were facing a "classical guerrilla-type campaign" from remnants of Saddam Hussein's Baath Party.

His choice of words contradicted his bosses, who initially tried to portray the Iraq invasion as a quick victory, but then defence secretary Donald Rumsfeld did not move to replace him amid admiration for Abizaid's skills.

And soon after retiring in 2007, Abizaid said that, while the United States should try to prevent Tehran from obtaining a nuclear weapon, "there are ways to live with a nuclear Iran," describing the clerical state's behaviour as rational and noting the United States also dealt with the nuclear-armed Soviet Union.

The real estate mogul turned president has shown a fondness for appointing retired generals, with Jim Mattis as defence secretary and John Kelly as his chief of staff.