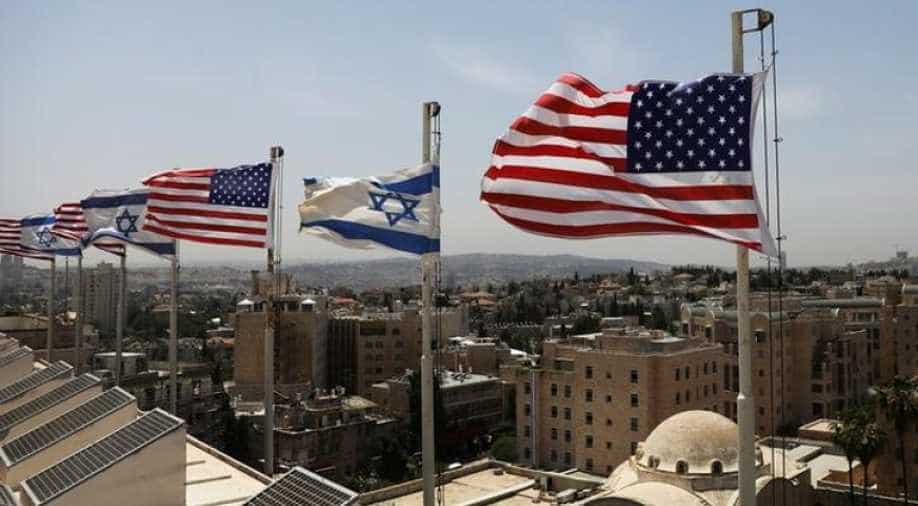 American and Israeli flags flutter in the wind atop the roof of the King David Hotel, in preparation for the upcoming visit of US President Donald Trump to Israel, in Jerusalem May 18, 2017. Photograph:( Reuters )

Trump has sent mixed signals about how to bring peace to the region ||In February, Trump said he would support a single state if it led to peace, delighting Israeli right-wingers ||Trump has since urged Israel to hold back on building West Bank settlements, a longstanding Palestinian concern

US President Donald Trump visits Jerusalem Monday to seek ways to achieve Israeli-Palestinian peace, a goal that has eluded his predecessors but which he says could be easier than "people have thought".

Trump's visit is part of his first trip abroad as president and follows an initial stop in Saudi Arabia, where he urged Islamic leaders to take a stand against violence committed in the name of religion.

It also comes as he contends with a raft of problems back home, including a special counsel investigating whether his associates colluded with Russia.

Trump is due in Tel Aviv on Monday afternoon and, ahead of talks with Israeli Prime Minister Benjamin Netanyahu, will tour two iconic sites in Jerusalem, a city holy to Muslims, Christians and Jews.

His first stop will be the Church of the Holy Sepulchre, built at the site where Christians believe Jesus was crucified, buried and resurrected.

Afterwards, he is expected to become the first sitting US president to visit the Western Wall, the holiest site where Jews can pray and located in east Jerusalem.

The Western Wall visit drew controversy before Trump even left Washington, when US officials declined to say whether it belonged to Israel.

"Jerusalem was and will always be the capital of Israel," Netanyahu said late Sunday. "The Temple Mount and the Western Wall will always remain under Israeli sovereignty."

"I will discuss with President Trump ways to strengthen even further the first and strongest alliance with the US," Netanyahu said Sunday. "We will strengthen security ties, which are strengthening daily, and we will also discuss ways to advance peace."

The United States is Israel's most important ally, providing it with more than $3 billion in defence aid annually.

He has spoken of his self-described deal-making prowess in declaring that the "ultimate deal" is possible, vowing "we will get it done".

"It is something that I think is frankly maybe not as difficult as people have thought over the years," Trump said when meeting Abbas in Washington earlier this month.

Criticism of Iran
At that meeting, he said he would support a single state if it led to peace, delighting Israeli right-wingers who want to see most of the West Bank annexed.

On the Israeli side, Netanyahu heads what is seen as the most right-wing government in the country's history, and members of his coalition were elated with Trump's election. Some even called for an end to the idea of a Palestinian state.

In Saudi Arabia on Sunday, Trump told dozens of Muslim leaders the time had come for "honestly confronting the crisis of Islamic extremism".

He also lashed out at Iran, accusing Tehran of fuelling "the fires of sectarian conflict and terror" and calling for its international isolation. 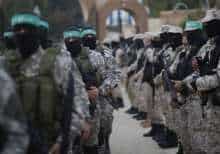