Trump has been terming coronavirus as 'Chinese virus'. But is it really wrong? 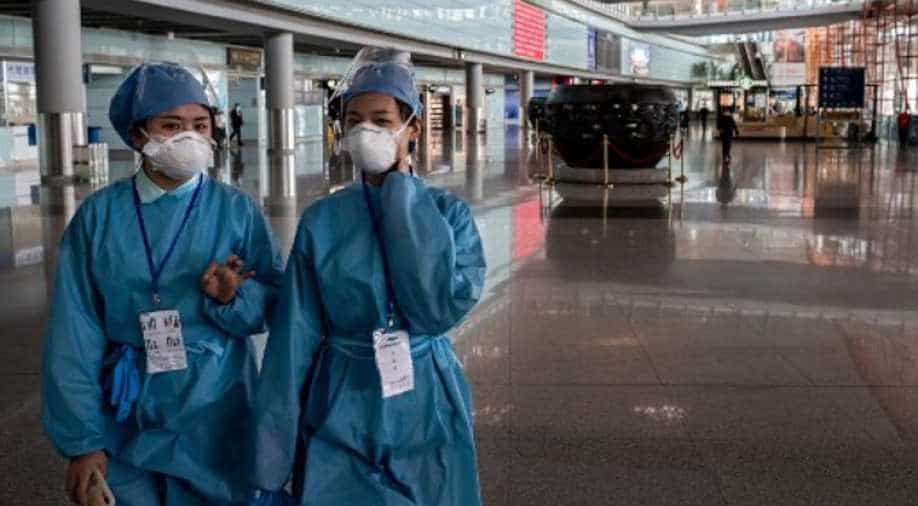 While China has been shrugging off the responsibility till now, the United States has left no stone unturned to term the virus as coming from Beijing.

The novel coronavirus is not so novel anymore. It has multiplied and spread across the world, claiming the lives of over 9,000 people in 163 countries.

With this data, it will not be an understatement to call coronavirus the worst pandemic of recent times.

So who takes the accountability of not paying enough attention to the outbreak so that it could have been nipped in the bud?

While China has been shrugging off the responsibility till now, the United States has left no stone unturned to term the virus as coming from Beijing. US President Donald Trump has, time and again, even given the coronavirus a different connotation -- the Chinese virus.

In an attempt to counterweigh China's efforts to shift the blame, Wion can vouch for the origination of the virus. The novel coronavirus came from the "wet" city of Wuhan -- precisely, the Huanan sea-food market, a wet market with animals hoarded in unnatural situations.

One of the very first whistleblowers was Dr Li Wenliang. When Dr Li warned his colleagues about the outbreak over WeChat -- an application similar to WhatsApp -- China's internet police interfered and stopped the spread of the information. He was later accused of spreading lies and rumours.

It's said, despite this, Dr Li continued to treat coronavirus patients, and later died in February.

This led to 5 million people leaving Xinjiang -- the province which soon became the epicentre of the outbreak.

Another theory has it that on January 1, an employee of a Genomics company reportedly received a phone call from an official. This company was involved in the testing of the coronavirus samples.

The Hubei Provincial Health Commission had ordered them to stop the testing, and to destroy all existing samples.

Then, on January 3, China's National Health Commission ordered all institutions to not publish any information.

Six days later, China admitted it had been dealing with the Wuhan coronavirus outbreak.

Cutting it short, when the disease was detected, China refused to acknowledge. It tried to silence voices, when concerns were raised. The country's administrations even destroyed the proofs.

And when the other countries tried to show them some light, and imposed travel restrictions or issued warnings, China lashed out at them. It said they were spreading panic.

This brings us to the second major point -- China ignored, and targetted whistleblowers.

China also said it was gradually becoming victim of racism when its citizens faced scrutiny outside.

It's even said that the Chinese government indulged in aggressively promoting misinformation about the coronavirus -- to draw attention away from Beijing’s own responsibility for the global pandemic. China even floated a conspiracy theory that it was the US Army that brought the virus to Wuhan.

It's also said China paid journalists to control the information about the outbreak.

This episode is also similar to the MERS illness -- Middle East Respiratory Syndrome. Or the Japan Encephalitis.

Both had countries had in their names -- because of the place of origination.

So, is it really wrong to term the coronavirus as Chinese virus?