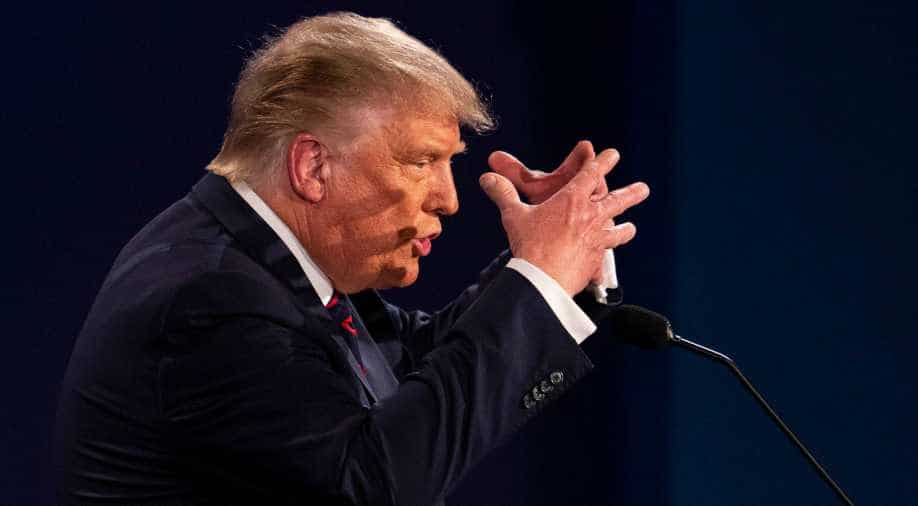 US President Donald Trump on Thursday fired an angry tweet against Facebook and Twitter's decision to limit online distribution of a New York Post article on Joe Biden and his son Hunter. The story raises allegations against Hunter Biden and his actions that involved Joe Biden.

"So terrible that Facebook and Twitter took down the story of “Smoking Gun” emails related to Sleepy Joe Biden and his son, Hunter, in the @NYPost. It is only the beginning for them. There is nothing worse than a corrupt politician. REPEAL SECTION 230!!!" tweeted Trump.

The New York Post story says that Hunter Biden tried introducing a top executive of a Ukrainian firm to his father Joe Biden. Hunter Biden worked for this firm.

Donald Trump has been in dock in past over allegations that he colluded with Russia to secure victory in US Presidential elections 2020. Donald Trump's son was investigated for his contact with a Russian lawyer who had Russian spy agency as her client.

Given the background, latest allegations against Hunter Biden and Joe Biden may well present Trump with an opportunity to score political brownie points close to elections.

Meanwhile, Facebook Spokesperson Andy Stone said that the New York Post story had enough for it to be eligible for a fact check.

"While I will intentionally not link to the New York Post, I want be clear that this story is eligible to be fact-checked by Facebook's third-party fact-checking partners. In the meantime, we are reducing its distribution on our platform," tweeted Andy Stone, Facebook Spokesperson.

Spokesperson for Biden campaign defended Joe Biden and Hunter Biden by saying that there was "no wrongdoing" on part of Joe Biden. He added that New York Post never reached out to Biden campaign for their response on this.