Trump expected to order clamp down on H1B, L1 visas 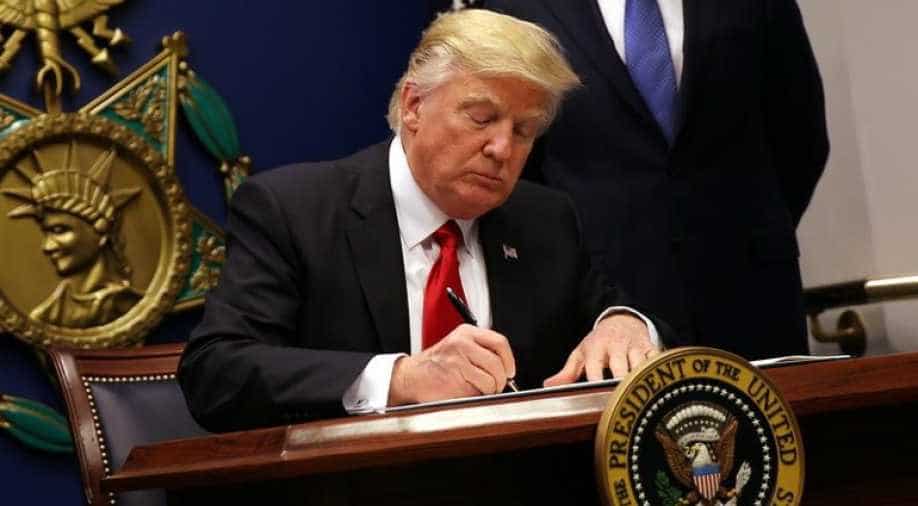 Donald Trump is likely to reverse former president Obama's order of extending foreign students stay in the US for a period of time after completing their course.? Photograph:( Reuters )

US President Donald Trump is expected to issue an executive order to restrict work visas, H1B and L1 issued to professionals working in the US for a short period of time, as part of a larger immigration reform.

The H1B visa is a non-immigrant visa that allows US companies to employ skilled foreign workers and are mostly used by Indian Information-Technology (IT) professionals.

This comes in after Trump issued a sweeping executive order banning foreign nationals from seven Muslim-majority countries from entering the US.

The new order will not just block the visas but end employment permit cards to spouses on work visas, which was introduced by the previous Obama administration.

The move will also increase what some Indians informally call "inspector raj", where Homeland Security will have to carry out "site visits" where workers with L-1 visas are employed.

During the daily news briefing, White House press secretary Sean Spicer told reporters,"I think with respect to H1Bs and other visa is part of a larger immigration reform effort that the President will continue to talk about through executive order and through working with Congress".

"You've already seen a lot of action on immigration and I think whether it's that or the spousal visas or other types of visas, I think there's an overall need to look at all of these programmes. You'll see both through executive action and through comprehensive measures a way to address immigration as a whole and the visa programme," Spicer added.

The proposed order was leaked and then published by a few news websites on Monday.

According to the leaked document, Trump would reverse former president Obama's order of extending foreign students stay in the US for a period of time after completing their course.

The draft order seeks the administration to "consider ways to make the process of allocating visas more efficient and ensure that beneficiaries of the programmes are the best and the brightest".

The order also proposes to set up a commission to analyse US's current immigration policies and their impact on the American society, economy, workforce, and the foreign policy and national security interest of the United States.