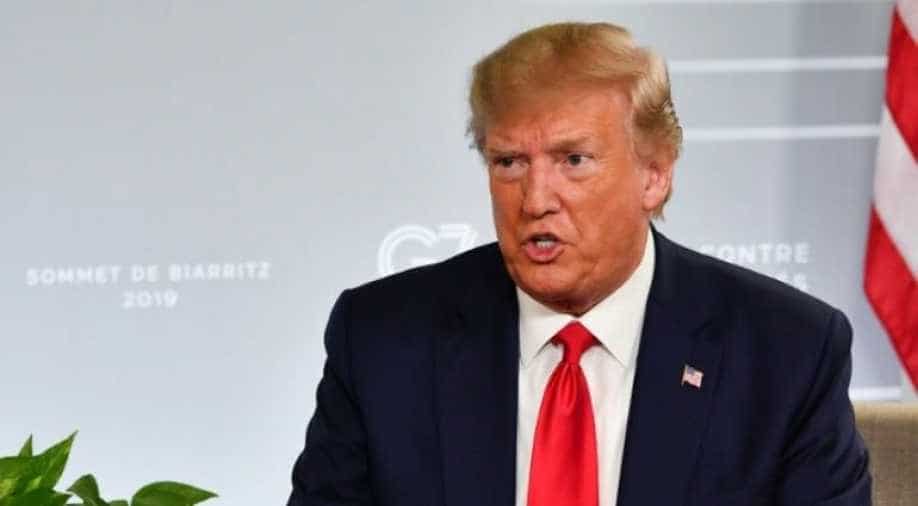 Trump has maintained a relentless campaign against the Fed and its chair, Jerome Powell, with near-daily tweets criticizing the independent institution.

President Donald Trump attacked the Federal Reserve again Thursday for not "acting quickly" like its European counterpart to provide stimulus to the US economy.

After the European Central Bank unveiled a massive stimulus program earlier Thursday, Trump said on Twitter, "They are trying, and succeeding, in depreciating the Euro against the VERY strong Dollar, hurting US exports."

European Central Bank, acting quickly, Cuts Rates 10 Basis Points. They are trying, and succeeding, in depreciating the Euro against the VERY strong Dollar, hurting U.S. exports.... And the Fed sits, and sits, and sits. They get paid to borrow money, while we are paying interest!

Trump has maintained a relentless campaign against the Fed and its chair, Jerome Powell, with near-daily tweets criticizing the independent institution. In an outburst on Twitter on Wednesday, he called for the Fed to bring interest rates back down to zero.

The Fed's policy committee meets again next week and is widely expected to deliver another cut in interest rates, after Powell flagged the uncertainty caused by Trump's trade conflict with China and said the central bank is prepared to act to support the economy.

Investors overwhelmingly expect the Fed to deliver a 25-basis-point rate cut next week, but cutting to zero would be an extreme move reserved only for a severe economic crisis.

After raising the benchmark lending rate four times last year, to a range of 2.0-2.25 per cent, the central bank cut in July for the first time in more than a decade, partly as insurance against the impact of trade uncertainties on the economy.