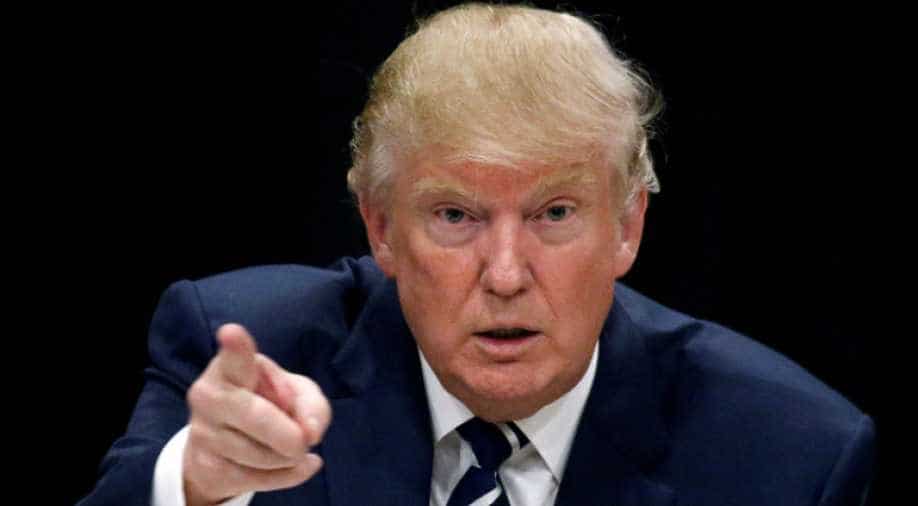 Donald Trump said the journalists were 'not nice' to him. Photograph:( Reuters )

United States President-Elect Donald Trump on Tuesday cancelled a "sit-down" with journalists from The New York Times (NYT) apparently because they were "not nice" to him.

Hours later, he put out another tweet saying the meeting was back on.

The meeting with the @nytimes is back on at 12:30 today. Look forward to it!

Trump, who was supposed to meet journalists from the newspaper and take on-record questions, announced through last-minute tweets that the meeting was off.

I cancelled today's meeting with the failing @nytimes when the terms and conditions of the meeting were changed at the last moment. Not nice

The NYT issued a statement soon after saying that the publication was "unaware that the meeting was cancelled until we saw the President Elect’s tweet this morning." "We did not change the ground rules at all and made no attempt to,” NYT said in its statement.

Trump, however, indicated through his tweets that there was a possibility that a meeting with the "failing nytimes" may  be set up in the future. “Perhaps a new meeting will be set up with the @nytimes. In the meantime they continue to cover me inaccurately and with a nasty tone!” he tweeted.

I cancelled today's meeting with the failing @nytimes when the terms and conditions of the meeting were changed at the last moment. Not nice

Perhaps a new meeting will be set up with the @nytimes. In the meantime they continue to cover me inaccurately and with a nasty tone!

The NYT further said in its statement that Trump's office on Monday had tried to get the paper to agree to a "private, off-the-record" which the paper refused to agree to. " "In the end, we concluded with them that we would go back to the original plan of a small of the record session and a larger on the record session with reporters and columnists.”

The paper said it was unclear about the changed "conditions" that prompted Trump to cancel the meeting.

The move comes a day after the President elect chose to subject television executives and journalists to a dressing-down at a Trump Tower meeting on Monday.

"Instead of striking a harmonious tone to build rapport following the election, Trump was combative," The Washington Post quoted a person who had participated in the meeting.

The Washington Post said Trump told a group comprising some of the biggest names of American television, including  ABC news anchors George Stephanopoulos and David Muir, CNN's Wolf Blitzer and Erin Burnett, ABC correspondent Martha Raddatz, their coverage on him during his election campaign was "unfair" and "dishonest".

"In a calm and deliberate voice, he told the group sitting around a conference table that they had failed to provide their viewers with fair and accurate coverage, and told them they failed to understand him or his appeal to millions of Americans," The Washington Post reported.