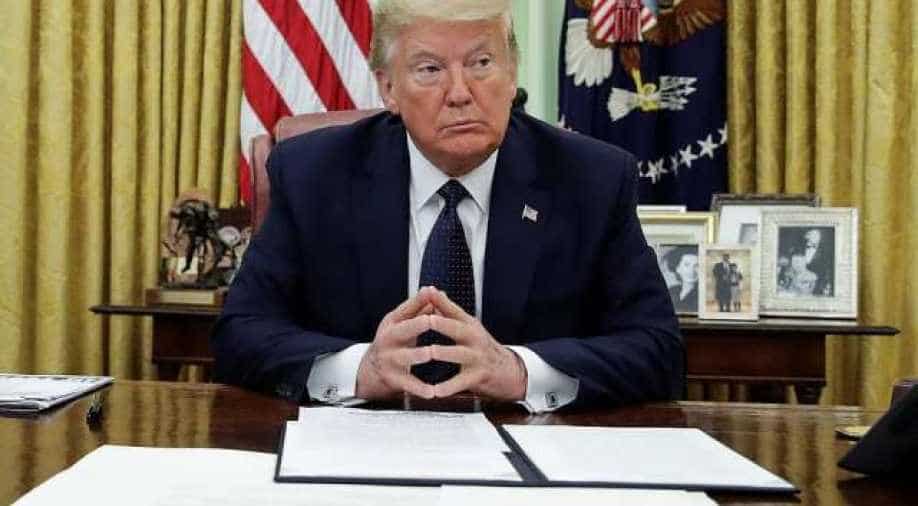 United States incumbent President Donald Trump, who is set to leave the office in over a week recently responded to new attempts at impeaching him.

United States incumbent President Donald Trump, who is set to leave the office in over a week recently responded to new attempts at impeaching him.

The US president said that the attempt by Democrats to impeach him is causing "tremendous anger". Trump is visiting the US-Mexico border to take a look at the wall he had promised to build as part of his election campaigning against Hilary Clinton.

"I think it's causing tremendous anger", he said.

Democrats are attempting to impeach Donald Trump in view of the violence which rocked US Capitol last week, leaving five people, including a police officer dead. "We want no violence", he said today.

Additionally referring to impeachment efforts, he called it a "witch hunt". "[Impeachment] is a continuation of the greatest witch hunt in the history of politics", he said.

An impeachment article was introduced in US House on Monday, accusing Trump of "incitement of insurrection". On Wednesday last week, Trump held a rally near the White House while lawmakers got ready ti certify Joe Biden as the winner of the election.

At the rally, Trump reiterated his baseless claims of a "stolen election", claiming that Biden had won by cheating his way through elections which took place in November.

He urged his supporters to march to the Capitol building, where the violence took place. In addition, he referred to the election results as an "egregious assault on our democracy".

"We're going to walk down to the Capitol and we're going to cheer on our brave senators and Congressmen and women", Trump had said to his followers, while urging them to "fight like".

Soon after the speech, rioters stormed the Capitol building. Due to this, the premises were evacuated, and rioters were seen posing inside House and Senate areas.

Also read: An urgent reckoning for the Trump brand

Many Republicans have also broken away from Trump, and have openly claimed that his speech amounts to incitement, warranting the article of impeachment.

It is unclear whether Trump will be impeached or not. But one thing is clear - starting January 20, the US will have a new president - Joe Biden.