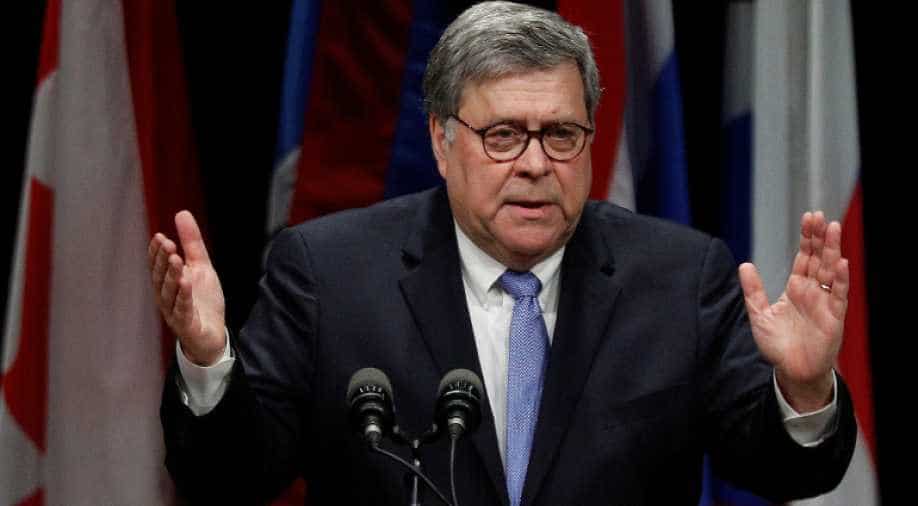 Barr`s announcement followed a visit to Alaska last month, where the country`s top law enforcement official was told about extraordinarily high rates of rape and domestic violence and a lack of police officers

US Attorney General William Barr on Friday declared a public-safety emergency in rural Alaska and pledged $10.5 million in federal funds to combat some of the nation`s worst rates of sexual assault, child abuse and other violent crimes.

Barr`s announcement followed a visit to Alaska last month, where the country`s top law enforcement official was told about extraordinarily high rates of rape and domestic violence and a lack of police officers.

About a third of Alaska Native villages lack local law-enforcement services, according to a statement by the US Department of Justice announcing the federal money.

"I witnessed firsthand the complex, unique, and dire law enforcement challenges the State of Alaska and its remote Alaska Native communities are facing,” Barr said in the statement.

Rural Alaska communities, with largely Native populations and mostly without outside road access, have long been plagued by violent crime. For various legal and financial reasons, local and state responses to rural crime have been limited.

Village public safety officers, residents of the small Native communities scattered over remote parts of Alaska, are managed by the Alaska State Troopers.

Alaska tribes do not have the legal authority to establish police forces, a product of the sweeping 1971 Alaska Native Claims Settlement Act that restricted tribal powers, Native leaders told Barr in May. Establishing tribal police would require another act of Congress, the Native leaders said.

State-funded rural law enforcement has been hindered by Alaska`s long-running fiscal problems. The state is dependent on oil revenues that are dwindling and has cut back services over the years.

On Friday, just after Barr declared the public-safety emergency, Gov. Mike Dunleavy announced deep cuts he was making by veto to the fiscal 2020 budget passed by the state legislature. Among them was a $3 million cut Dunleavy made to the village public safety officer programme.

Of the emergency funding announced by Barr, $6 million is to support the state`s village public safety officer programme and to help pay for mobile detention facilities.

Another $4.5 million will be paid by the end of July for 20 officer positions, equipment and training for Native grantees, the Justice Department said.
Barr also announced plans for some longer-term responses, including some funding for child protection.